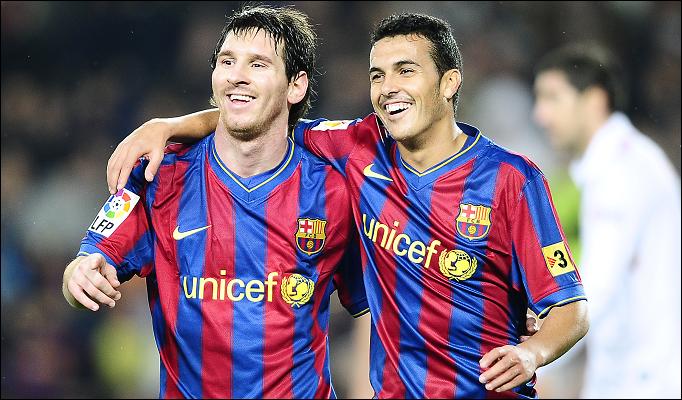 In an interview with Spanish daily El Pais, Chelsea’s new players expressed how he feels about his transfer to Chelsea and how he misses many of his former teammates.

“It would have been so easy to stay” with Barça “be on the pictures, add more titles and earn good money. I had my life well established, but I felt I should leave. My life was comfortable outside the pitch but I wanted to keep on playing. Let’s see how it turns out”.

However, the one regret he continues to have is no longer playing next to Argentinian superstar, Leo Messi.

Pedro, known as Pedrito by his fans, said that Messi is “an excellent teammate, to me he is a great guy. We have lived many things together, many matches, many goals. He knows me well”.

I will miss him a lot, is evident,” he said.

The Spanish player also said that since his recent move, he feels strange wearing Chelsea’s jersey after such a long time wearing Barcelona’s.

Regarding his transfer fee reported at EUR 30 million he said, “I sincerely believe they [Barcelona] did not want to sell me. And I, not even for 200 million, would ever repay all the club has done for me through all these years”.

Pedro thanked Barça’s President Josep Maria Bartomeu and all his former teammates for understanding and supporting his decision.

“Even (Andrés) Iniesta, with a gesture I will never forget, went and spoke as captain on his and the team’s behalf, to request them to be understanding and to help me. It was with them whom I spoke the most about the topic”.