Rabat - Manchester United manager Louis Van Gaal admitted that the amount of money his club spent to sign the teenage Anthony Martial from AS Monaco is “ridiculous.” 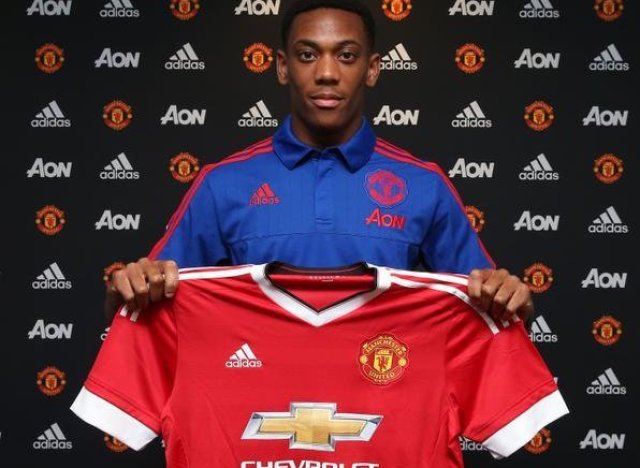 Rabat – Manchester United manager Louis Van Gaal admitted that the amount of money his club spent to sign the teenage Anthony Martial from AS Monaco is “ridiculous.”

The 19-year-old French international joined Manchester United from Monaco during the summer transfer window in an initial £36 million deal, which could rise to £58.8million.

Speaking at an hour-long fan event in Manchester on Wednesday night, Van Gaal said the deal showcased how United routinely charges over the odds for players because of how much money they have at their disposal, according to The Times.

The Times quoted the 64-year-old coach as saying that “the projected fee paid for the 19-year-old Frenchman was ‘a ridiculous amount of money’.”

Meanwhile, he believed that Martial would be a success in the future, adding that he bought the player with a long-term view in mind.

“I have not bought Martial for me, I have bought him for the next manager of Manchester United,” he said.

He added of Giggs: “I feel I am introducing the next manager of Manchester United.”

The United manager also said that he doesn’t expect his club to win the Premier League title this season, saying he believes the Red Devils will finish third or second.

However, Van Gaal did not wish to comment on a separate report in The Times that senior players had revolted against his training methods.