Taroudant - The Hungarian camerawoman, who caused global outrage after being caught on film kicking and tripping desperate migrants as they fled police, apologized, saying her actions had nothing to do with racism. 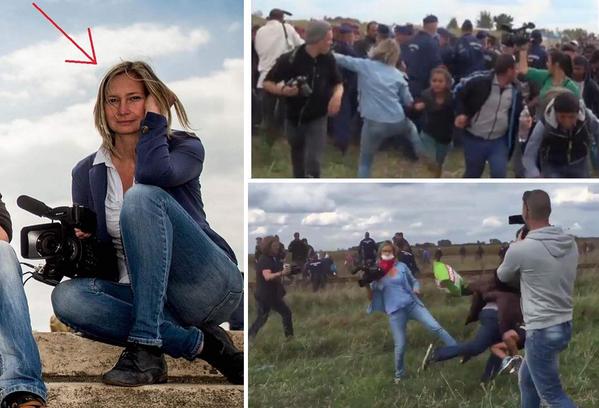 By
Larbi Arbaoui
-
Larbi is a freelance writer and assistant editor at Morocco World News.
Sep 12, 2015
Spread the love

Taroudant – The Hungarian camerawoman, who caused global outrage after being caught on film kicking and tripping desperate migrants as they fled police, apologized, saying her actions had nothing to do with racism.

“I honestly regret what I have done and take responsibility for it,” Laszlo reportedly said.

“I panicked. I’m not a heartless, child-kicking racist cameraperson,” she added.

As soon as the video surfaced, Laszlo’s employer, the Hungarian nationalist N1TV station, fired her.

Szabolcs Kisberk, the TV’s Editor in Chief, wrote a statement on their Facebook page, saying, “One of

N1TV colleagues acted unacceptably close to Röszke registration camp today. Her labor relation has been terminated without notice. The case is considered as closed as far as we’re concerned.”

A spokesman for the Public Prosecutor’s Office of Szeged told CNN that Laszlo is being investigated on suspicion of committing a public nuisance offense, and may face criminal charges for breaching the peace.

“Prosecutors are also considering whether to investigate her on more serious offenses,” the spokesman said.

In a video, which spread rapidly across the internet earlier this week, Petra Laszlo was seen kicking and tripping repeatedly migrants as they fled police.

The 40-year old journalist’s behavior made her subject to a wave of criticism after she tripped an old man carrying a child and sending them tumbling to the ground.

hey #PetraLazlo these people are struggling for a life,you have a life yet this is what you do? Shame on you. pic.twitter.com/eBy8gKlP9J