Rabat - A disturbing video surfaced on Friday shows Syrian refugees being tossed food packs at a Hungarian camp near the border with Serbia. 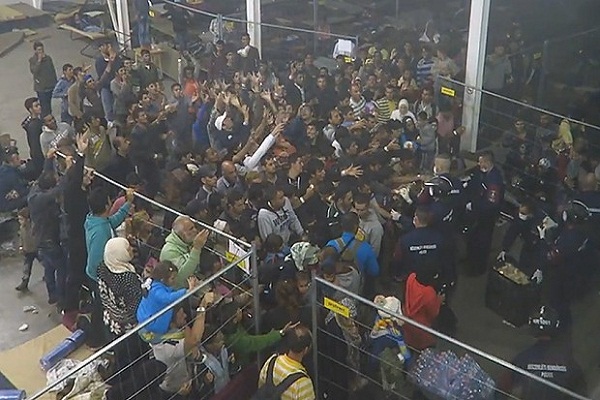 Rabat – A disturbing video surfaced on Friday shows Syrian refugees being tossed food packs at a Hungarian camp near the border with Serbia.

The video, filmed secretly by an Austrian woman who was delivering aid to the camp, shows some 150 hungry Syrian refugees being thrown bags of food at the Roszke camp, Hungary’s main refugee camp. Women and children can be seen being fed ‘like animals’.

“It was like animals being fed in a pen, like Guantanamo in Europe,” said Alexander Spritzendorfer, an Austrian politician whose wife, Michaela shot the scenes.

The video was uploaded on YouTube on Thursday and has since been widely shared on social media networks. “It was inhumane and it really speaks for these people that they didn’t fight over the food despite being clearly very hungry,” Michaela told AFP.

The Hungarian police said on Friday they had launched an investigation into the matter.

Hungary’s right-wing government has been criticized for its hardline stance against the tens of thousands of refugees who have fled violence and persecution in their countries.