Rabat - Cristiano Ronaldo has become Real Madrid's all-time top goalscorer in La Liga as his side destroyed Espanyol 6-0 on Saturday. 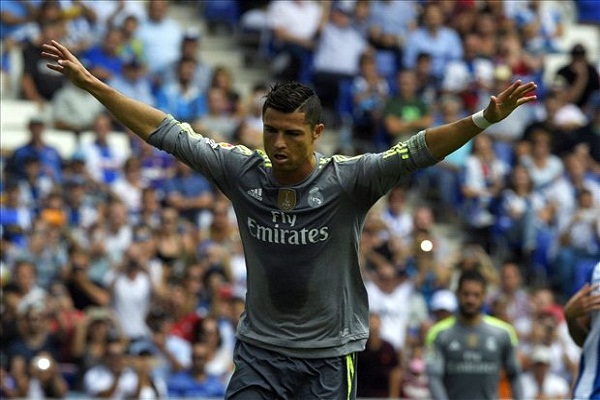 Rabat – Cristiano Ronaldo has become Real Madrid’s all-time top goalscorer in La Liga as his side destroyed Espanyol 6-0 on Saturday.

The Portuguese international scored a hat-trick 20 minutes into the first half before Benzema added a fourth, and the three-time Ballon d’Or winner scored two in the second half.

Ronaldo also scored 28 hat-tricks in the Spanish La Liga, four more than any other player.

Ronaldo has now scored 310 goals for Real Madrid in all competitions ahead of Alfredo Di Stefano, and 13 goals behind the club’s leading all-time scorer Raul.