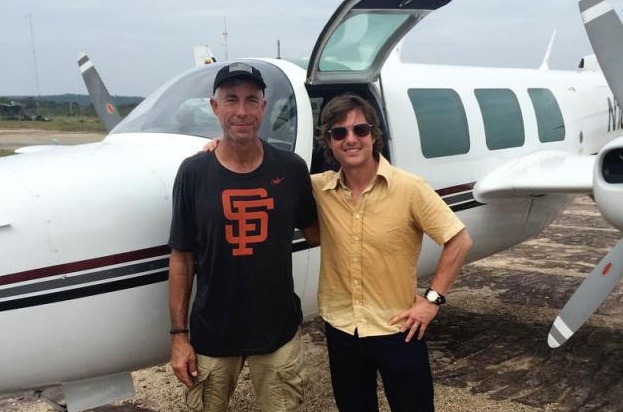 By
Larbi Arbaoui
-
Larbi is a freelance writer and assistant editor at Morocco World News.
Sep 13, 2015
Spread the love

The plane went down on its way back to Enrique Olaya Herrera Airport in Medellin, after the crew had just wrapped up production of the upcoming Doug Liman film, Mena.

“On behalf of the production, our hearts and prayers go out to the crew members and their families at this difficult time,” Universal Pictures said in a statement.

According to Colombia’s Civil Aviation Authority, the two deceased passengers, both Americans, were identified as Alan Purwin and Carlos Berl.

Jimmy Lee Garland, the plane’s pilot, was the only survivor of the tragic accident. He suffered from a hip fracture and other injuries in the head and legs.

Aviation officials said his condition was stable, after he underwent a surgery on Saturday.

Cruise, 53, who had filmed some scenes of “Mission: Impossible – Rogue Nation” in Morocco last year, arrived in Colombia last month to start work on the movie “Mena”, which depicts the story of a pilot who worked for the notorious drug dealer, Pablo Escobar.