Rabat - Fifty-one people were injured, including some in serious condition, on Sunday when a bus veered off the road and overturned near Tetouan. 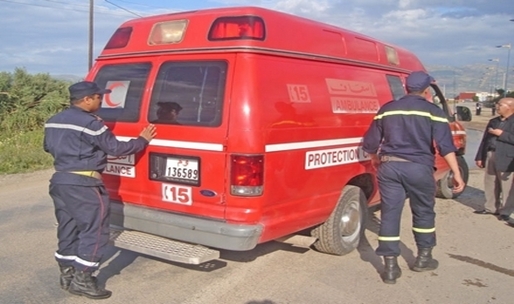 Rabat – Fifty-one people were injured, including some in serious condition, on Sunday when a bus veered off the road and overturned near Tetouan.

According to security and medical sources, the accident occurred about 10 km from Tetouan on the road to Tangier and left51 injured, including two people with serious injuries: a woman was badly wounded in the head and the bus driver was seriously injured in various parts of his body.

The bus driver was admitted to the provincial hospital of Saniat Rmal, where he died after a failed surgery.

According to security sources, excessive speed in a dangerous winding turn caused the accident.

Road accidents in Morocco kill 4,000 people annually and consume2 points of Morocco’s GDP, a huge loss for the Moroccan economy.