Rabat - Twitter Web portal has been down for many users in the world including Morocco for almost an hour after having some technical difficulties. 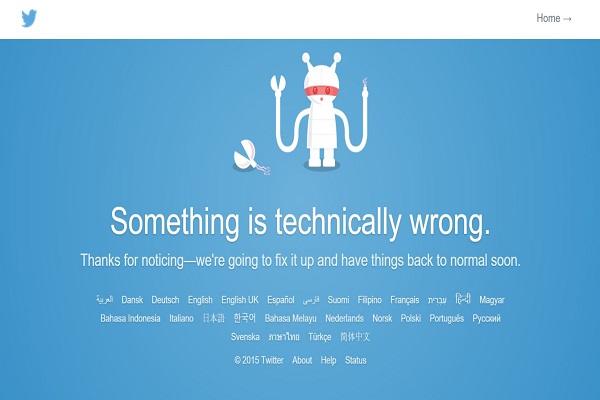 Rabat – Twitter Web portal has been down for many users in the world including Morocco for almost an hour after having some technical difficulties.

The users who tried to access Twitter.com via a browser got a generic error message noting “Something is technically wrong” from the service at 11:22 a.m. Pacific Time.

All mobile and other services are unaffected by this issue.

Earlier today, some users may have experienced issues accessing http://t.co/zDdcbPvEwm. This issue is now resolved. http://t.co/SdU8w4qCbU

Lauren Jones, Twitter spokeswoman, said that the outage ended at 12:16 p.m. Pacific Time. She said Twitter did not yet have information to share on the cause of the problem.