Rabat - Di Maria has revealed that he had a spiky relationship with former manager Louis Van Gaal during his ill-fated stint at Manchester United, hinting that his poor relationship with the Dutchman was the main reason he left the Old Trafford. 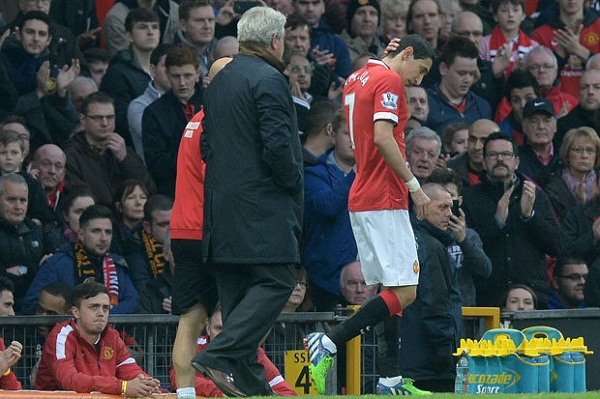 Rabat – Di Maria has revealed that he had a spiky relationship with former manager Louis Van Gaal during his ill-fated stint at Manchester United, hinting that his poor relationship with the Dutchman was the main reason he left the Old Trafford.

The former Real Madrid player joined United for a British record 59.7 million pounds last season. After an impressive start at Old Trafford, with three goals in his first four games, he suffered a two-month injury layoff and failed to score again in the league.

Towards the end of the season he was regularly left out by Van Gaal and was sold to French champions Paris St Germain for £44.3million, after the campaign.

The Guardian quoted Di Maria as saying that he did not get on very well with the coach, Van gaal.

“So I think the decision to join Paris was the best solution,” Di Maria said.

“After [the break-in] it wasn’t reasonable to stay. My family wasn’t happy. My daughter was suffering. So it was important to leave.

Honestly, we were not happy. At the beginning, we were a little. But then things became complicated. Life in England was a bit difficult. It is not easy for a South American. Some people get on fine, and for others it is harder to adapt.”

The Argentina winger, 27, went on to add that last season was tough for him. “I didn’t play much and it was difficult watching the Champions League on television, when I had won it the season before with Madrid,” Di Maria noted.

“From the little I have seen, our life here in France resembles more the life we led in Spain or Portugal. And at the moment we are 100% satisfied,” he concluded.