Rabat - Saudi Arabia has ordered one million Saudi Riyals (US$266,679) for each victim killed in last week's crane collapse at the Makkah Grand Mosque. 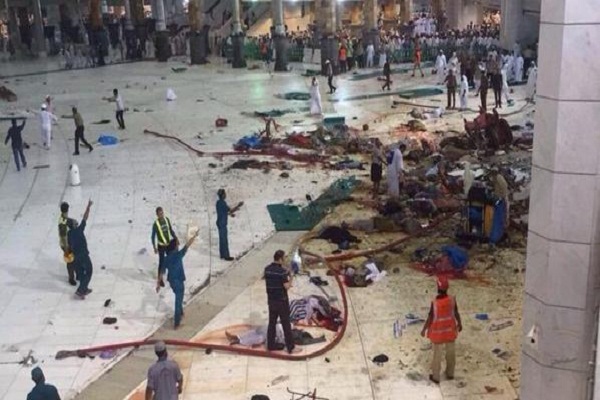 Rabat – Saudi Arabia has ordered one million Saudi Riyals (US$266,679) for each victim killed in last week’s crane collapse at the Makkah Grand Mosque.

King Salman bin Abdulaziz Al Saud of Saudi Arabia has ordered 1 million Saudi Riyals compensation for injured with permanent disability, and half a million Riyals for those injured in the accident , which killed more than 100 people days before the Haj pilgrimage.

Families of the injured who are being treated in hospitals will be granted visit visas to take care of their relatives during the remaining period of Hajj.

107 people were killed and almost 400 were injured in the crane crash. Among the dead was a Moroccan national living in Saudi Arabia.

An investigation launched into the accident had concluded that Binladin Group, which had been working on the enlargement of the Grand Mosque, “was in part responsible” for the tragedy. The investigation committee found that the crane was in a wrong position.

Saudi authorities have also barred the firm’s executives from the leaving the country pending the outcome of legal action against the company.