Rabat - A professor at the Sceaux Institute of Technology (IUT) in France has come under fire for refusing to teach Muslim students wearing the Islamic headscarf. 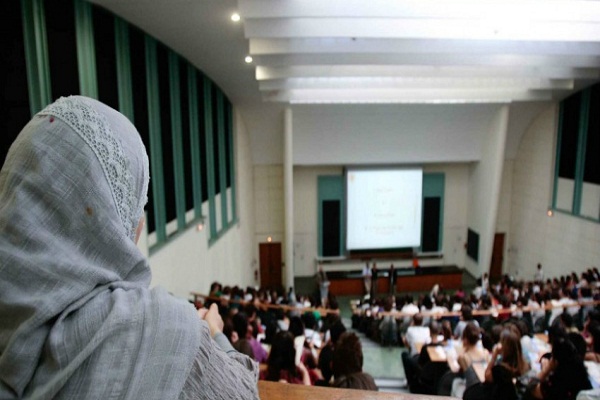 Rabat – A professor at the Sceaux Institute of Technology (IUT) in France has come under fire for refusing to teach Muslim students wearing the Islamic headscarf.

According to French newspaper Le Figaro, a professor of private law at the IUT, which belongs to the University of Paris-Sud, refused on Wednesday to teach her courses and left the amphitheater in protest against the presence of three veiled girls among the students.

“We were waiting outside the amphitheater for our course of private law,” said a freshman student of Business and management. The professor arrived late and opened the amphitheater “but did not enter” along with the students. “She stayed outside; we did know what she was doing. We thought that there was something strange, she looked nervous.” Twenty minutes later, “the professor came back and told the class that she will not give the lecture.”

Moments later, the professor decided to come back and as she entered boos echoed throughout the amphitheater. According to students who witnessed the incident, the three Muslim students left the course and went home afterwards.