Rabat - An Iraqi national has been shot dead by police, this Tuesday in Berlin, after he stabbed a female officer with a knife, causing her serious injury. 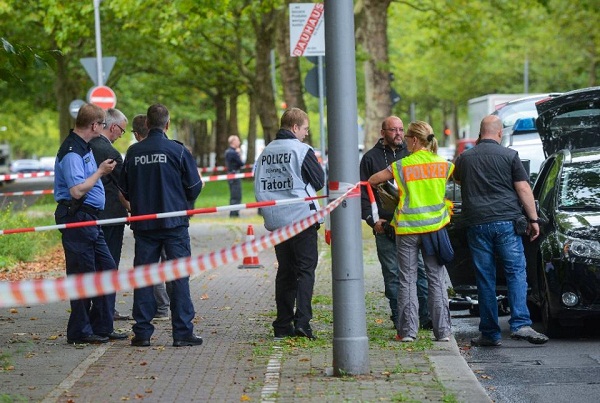 Rabat – An Iraqi national has been shot dead by police, this Tuesday in Berlin, after he stabbed a female officer with a knife, causing her serious injury.

A report by DW said German authorities considered the 41-year-old Iraqi part of Berlin’s Islamist scene. Berlin police said a passerby on Heerstrasse in Western Berlin’s Spandau area, alerted the police that a man was acting aggressively toward passers-by.

Four police cars were dispatched to the scene, following the alert. A police spokesman told reporters that the suspect stabbed a policewoman after she stepped out of her car and approached him, prompting another police to open fire and gun him down.

Police said they tried to resuscitate him, but he died of his wounds. The policewoman who was badly wounded, was flown to a hospital in a rescue helicopter, police added.

The unnamed man was handed a prison sentence by a court in Stuttgart in 2008 for membership of a terrorist organization, German news agency DPA reported.