Taroudant - About 1,028 Asian pilgrims were safely evacuated on Thursday morning from a hotel in Mecca, Saudi Arabia, after a fire broke out in a guest-room. 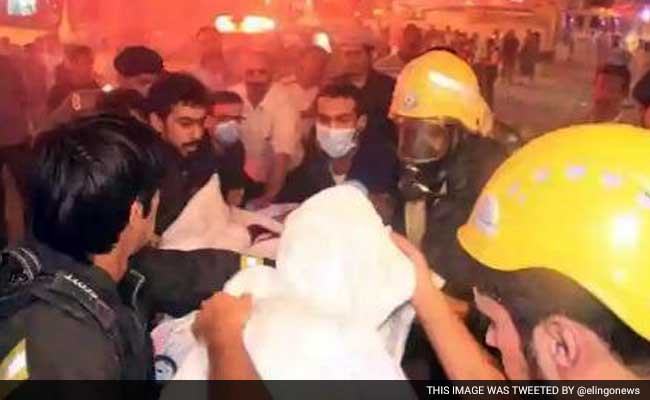 By
Larbi Arbaoui
-
Larbi is a freelance writer and assistant editor at Morocco World News.
Sep 17, 2015
Spread the love

Taroudant – About 1,028 Asian pilgrims were safely evacuated on Thursday morning from a hotel in Mecca, Saudi Arabia, after a fire broke out in a guest-room.

Nearly a week after a giant crane fell on the Grand Mosque, killing 111 pilgrims, the Saudi Civil Defence said a fire blaze started early Thursday on the eighth floor of an 11-story hotel in Mecca’s Azizyiah neighborhood.

Abdullah al-Harthi, Spokesman for the Saudi Civil Defence Agency in Riyadh said that two pilgrims were injured in the fire.

Al-Harthi shared they have coordinated with the Saudi Hajj Ministry to accommodate the evacuated pilgrims.

Saudi officials, who have not yet revealed the exact nationality of the evacuated and injured pilgrims, said they have started investigations to explain the cause of fire.

Ahead of the incident, Major General Mohammed Al-Qahtani, Chief of the Civil Defense special emergency forces, said on Wednesday that members of the Civil Defence are fully trained in conformity with international standards to be able to handle any emergencies during the Hajj pilgrimage season.

“Our forces have undergone intensive training in all security areas that are connected to pilgrims and the holy sites,” Al-Qahtani said.

Over 3.1 million faithful Muslims are expected to arrive in Mecca to perform the Hajj pilgrimage, a mandatory religious duty for affluent and able Muslims, which begins next week.