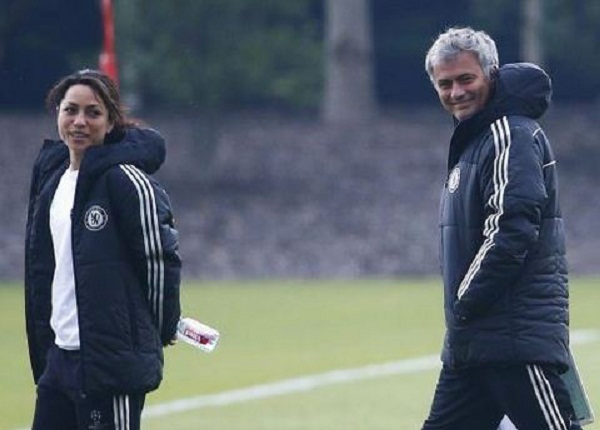 A report by The Independent said the FA is investigating a complaint that the Chelsea manager used abusive and sexist language during their season opener at Stamford Bridge.

Carneiro was insulted by Jose Mourinho following the Blues’ 2-2 draw with Swansea on the opening day of the season last August. Morinho was unhappy when Carneiro rushed onto the pitch to treat Eden Hazard during injury time of the clash, leaving the team with 10 men.

In a video footage released by Sky Sports, Morniho is seen visibly angry while pronouncing ‘filho da puta’ in Portuguese, which translates as son of a b***h). According to the Independent, FA is studying video evidence of abusive language made to Carneiro during the incident.

The Independent’s Sam Wallace has reported that the Chelsea boss “could face a five-match touchline ban if found guilty” following the complaint, believed to have been made by a member of the public in the last few days.

The British outlet has quoted a statement from the FA in which the governing body said: “The FA has received an enquiry relating to an alleged incident during the Premier League fixture between Swansea v Chelsea on 8 August, and will make no further comment at this time.”