Rabat - Mayor of a small town, located near the Hungary-Serbian border, has released a dramatic homemade video, threatening illegal immigrants willing to enter his town with arrest. 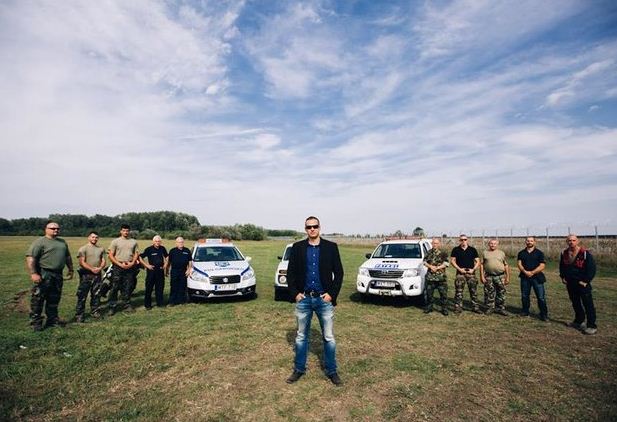 Rabat – Mayor of a small town, located near the Hungary-Serbian border, has released a dramatic homemade video, threatening illegal immigrants willing to enter his town with arrest.

The video was released on Facebook and Youtube, late Wednesday, by Laszlo Toroczkai, the mayor of Asotthalom, a village near the border with Serbia.

Using the slogan “Hungary is a bad choice, Asotthalom is the worst”, Laszlo Toroczkai addresses “illegal” immigrants in the video, saying that they may easily end up in prison, if they try to cross the border illegally.

The video shows the guards on motorbikes, in helicopters, and on horseback. IT also uses drone footage to highlight the length of the border fence Hungarian authorities have built with Serbia.

In the two-minute action piece in Hungarian with English subtitles, Laszlo Toroczkai is seen delivering a tough message to illegal migrants, while action music plays in background.

“From now on, the borders of Hungary are protected by a fence that is continuously being built by thousands of policemen and by the Hungarian army,” he said, referring to the 10ft (3.5m) barrier built on the country’s frontier with Serbia.

“On the territory of Asotthalom, they are supported by the militant field guards and civil guards.” Guards are then shown while riding motorbikes, on helicopters, 4×4 vehicles and on horseback.

“Hungary is a bad choice,” Toroczkai says. “Ásotthalom is the worst.” If migrants really want to get to Germany, he says, they can travel through Croatia and Slovenia, with a Google map screenshot helpfully pointing the way.

Toroczkai’s video attracted the attention of media outlets worldwide, with the British publication Metro, labeling it as an “anti-refugee video.”

Szabolcs Panyi, a Hungarian journalist said on Twitter that the video was quickly remixed and mocked by Hungarian bloggers from the opposite end of the political spectrum.

The video comes as Hungary has begun to build a 25-mile (41km) razor wire fence with Croatia in another radical bid to stop an influx of desperate migrants to the country. Hundreds of soldiers are also being deployed at the scene, causing further criticism from Croatia and aid agencies.