Taroudant - A four-year-old Syrian girl’s body washed up on a beach in western Izmir province in Turkey on Friday. 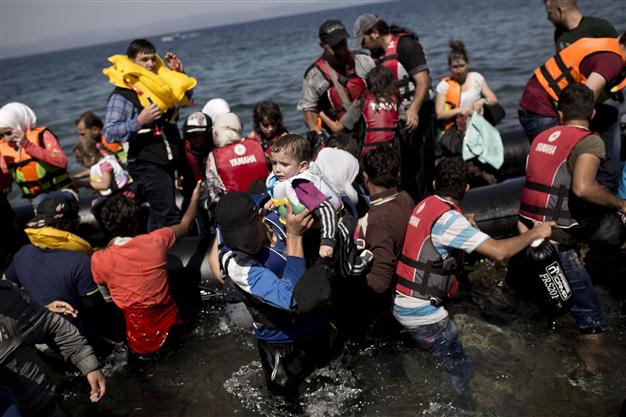 By
Larbi Arbaoui
-
Larbi is a freelance writer and assistant editor at Morocco World News.
Sep 19, 2015
Spread the love

Taroudant – A four-year-old Syrian girl’s body washed up on a beach in western Izmir province in Turkey on Friday.

Only few weeks after the images of drowned Syrian toddler Aylan Kurdi shook the world, local Turkish authorities said that a four-year-old girl, who is not yet identified, was found lifeless on a beach in the Aegean town of Cesme in Izmir province.

According to the official Anatolia news agency, a boat filled with refugees who were trying to reach a Greek island, sank.

The same source said that Turkish coastal officials managed to save the life of 14 Syrians, including eight children.

The survivors were sent to the District Gendarme Command Center, and apparently the little girl who was found lifeless on the beach was the only casualty.

The photo of the Syrian toddler Aylan Kurdi face-down on the sand shocked the whole world, with voices from around the world pressuring European leaders to step up their response to the refugee crisis.

Numan Kurtulmus, Turkish Deputy Prime Minister, said on Friday that “the Turkish coast guard had rescued over 53,000 migrants from stricken boats since the beginning of the year.”

Kurtulmus added that around 274 migrants have lost their lives this year in Turkish waters while trying to cross the sea to Europe.

According to the United Nations Refugee Agency (UNHCR), over 42,000 people – most of them refugees- arrived by sea to Greece in the first five months of 2015.