Rabat - FC Barcelona is allegedly interested in Arsenal’s Theo Walcott, to replace Rafinha Alcantara who is set to miss the rest of the season, after sustaining a knee injury this week. 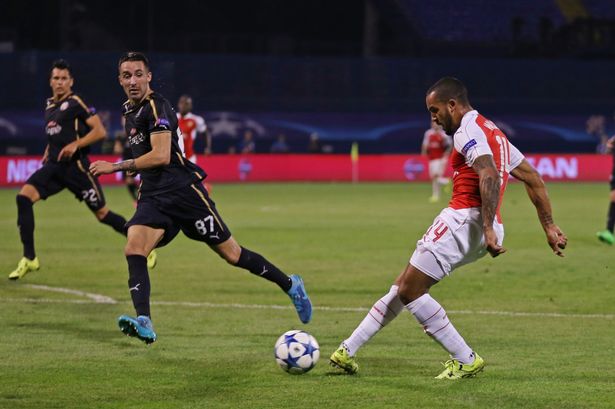 Rabat – FC Barcelona is allegedly interested in Arsenal’s Theo Walcott, to replace Rafinha Alcantara who is set to miss the rest of the season, after sustaining a knee injury this week.

On Wednesday, midfielder Rafinha Alcantara ruptured a knee ligament in a nasty tackle against Roma, prompting FC Barcelona manager Luis Enrique to think of another midfielder to offset his absence.

In July 2015, Theo Walcott renewed his contract with Arsenal, extending his stay at the Gunners in a £140,000-a-week deal.