Rabat - Following their 2-0 victory against London rivals Arsenal in an heated London derby, Chelsea manager Jose Morinho has hailed the striker Diego Costa, saying he was “man of match.” 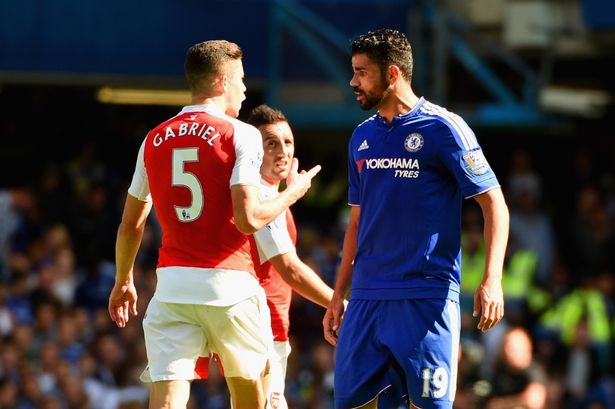 Rabat – Following their 2-0 victory against London rivals Arsenal in an heated London derby, Chelsea manager Jose Morinho has hailed the striker Diego Costa, saying he was “man of match.”

The Spaniard striker has come under fire after he clashed with a number of Gunners players throughout his time on the pitch and played a huge role in the red card shown to Arsenal’s Gabriel Paulista on the stroke of half-time.

Meanwhile, Jose Mourinho has jumped to the defense of under-fire striker Diego Costa when addressing the media, saying that he Costa was “man of the match”.

“I don’t have a view on the sending off. Man of the match for sure was Diego Costa. He brought everything to the game,” the Portuguese boss said [via Mirror Sport].

When asked whether the Spain striker should have been more severely punished after he put his hands in the face of Arsenal defender Laurent Koscielny, sparking a fracas that ended with Gabriel’s dismissal, Mourinho gave his backing to Costa.

“If you want to speak about Diego Costa with me, it’s just to say he played like he has to play and that’s why you have full stadiums, you sell to television around the world for millions and millions because the game has to be played like that,” Mourinho said.

Kurt Zouma and Eden Hazard gave the Blues the win, but Gunners defender Gabriel was sent off seconds before half-time for kicking out at Costa.