Rabat - Paris Saint-Germain are set to make a stunning move for Chelsea manager Jose Mourinho, if his second spell at Stamford Bridge comes to a premature end. 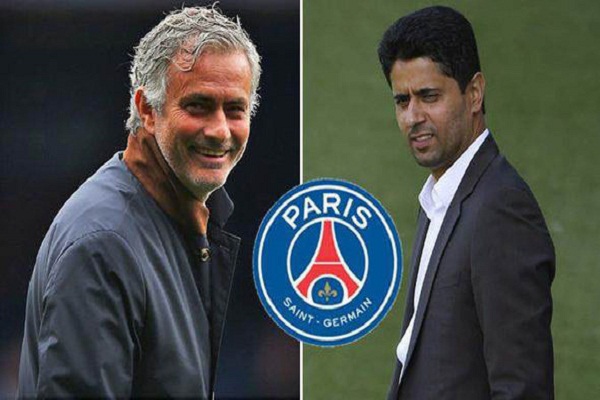 Rabat – Paris Saint-Germain are set to make a stunning move for Chelsea manager Jose Mourinho, if his second spell at Stamford Bridge comes to a premature end.

PSG’s wealthy owners reckon Mourinho is unhappy at Stamford Bridge.  The Parisian giants are allegedly monitoring the Portuguese tactician’s situation at Chelsea, after he has endured a torrid start to the season and attracted plenty of criticism for his behavior.

An ‘exclusive’ report in the Express said PSG owners Qatar Sports Investments have placed the 52-year-old Portuguese at the top of their wanted list, as they believe that Mourinho could take their club to “the next level”.

“PSG are actively seeking to know the future plans of the former Real Madrid boss,” according to the Express

Last month, the former Real Madrid boss signed a new four-year contract keeping at Chelsea until 2019. Meanwhile, there have already been reports that his job is under threat following the Eva Carneiro controversy and the Blues’ poor form.