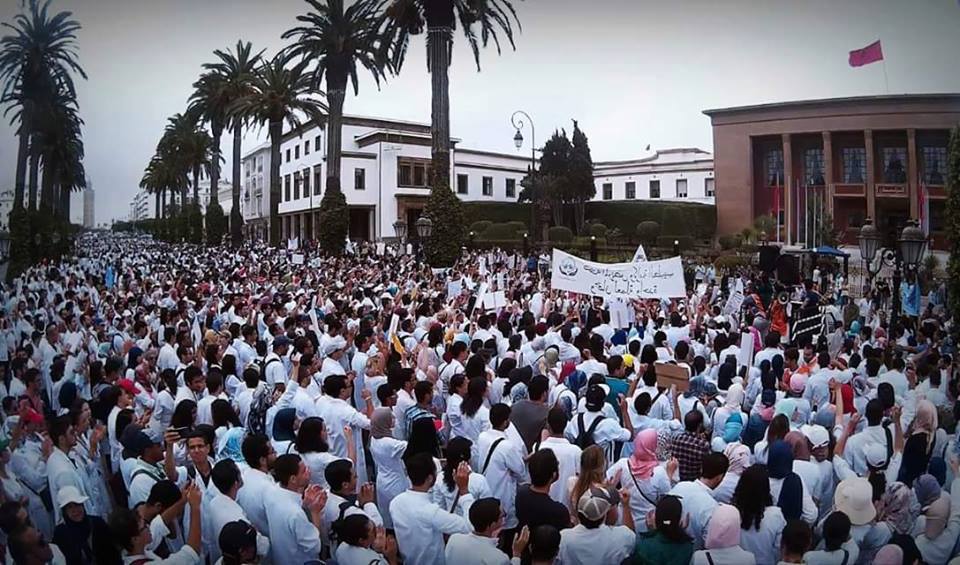 Rabat – Thousands of medical and dentistry students took to the streets of Rabat in protest against the new mandatory civil service project that would require all graduates from the faculties of general medicine to work for two years in remote areas of Morocco.

To shed light on this controversial topic, we held an interview with Oualid El Mesbahi and Soukaina Sakab, medical students in their seventh and sixth years, respectively, and representatives of the communication department of the Students’ Council in Rabat.

MWN: According to a video released online by Moroccan Minister of Health, El Hussein El Ouardi, medical students are protesting against the new mandatory civil service project because they are refusing to work in remote areas in Morocco. What do you have to say about this?

This is a complete misjudgment. We are in favor of working in secluded areas for more than just two years, as long as it is under a labor and recruitment framework. What we refuse is the demeaning mandatory aspect of the project. In fact, how can we enact this policy when most medical and dentistry students come from those areas themselves? It’s like neglecting our roots and turning our backs on our families. We applied for the medical faculties knowing beforehand that once we graduate, we will work in mountainous and border areas. Let’s put this aside and use our common sense: do novice doctors get appointed in city centers? I don’t think so. This excuse has never been the reason behind our protest. 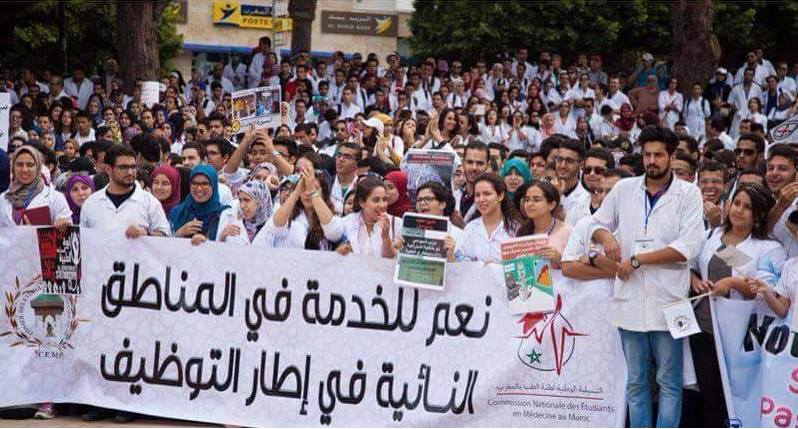 MWN: If you are willing to work in secluded in remote areas, why have you been protesting against the new mandatory civil service project?

Second, after having sought for legal advice and having the bill scrutinized from different viewpoints, it became clear that there is more to it than meets the eye. We came to the conclusion that the primary goal of this project isn’t the development of said secluded areas. Rather, it is to exploit medical and dentistry graduates for two years, throw them to the bin of joblessness, and repeat the same process with new generations.

It should be noted that the bill doesn’t state by any means that graduated doctors will be appointed in remote areas, it’s rather a statement that was stressed by the Minister of Health on different occasions. However, it does clarify that doctors cannot apply for governmental posts in the Moroccan healthcare system nor exercise medicine in the private sector unless they finish the 2 years of the mandatory civil service.

Last but not least, the government has left the doors wide open for money moguls to invest in the health sector, simply because this project provides them with jobless doctors, ready to be exploited at the lowest costs, never caring about the citizen’s right to a proper health service. 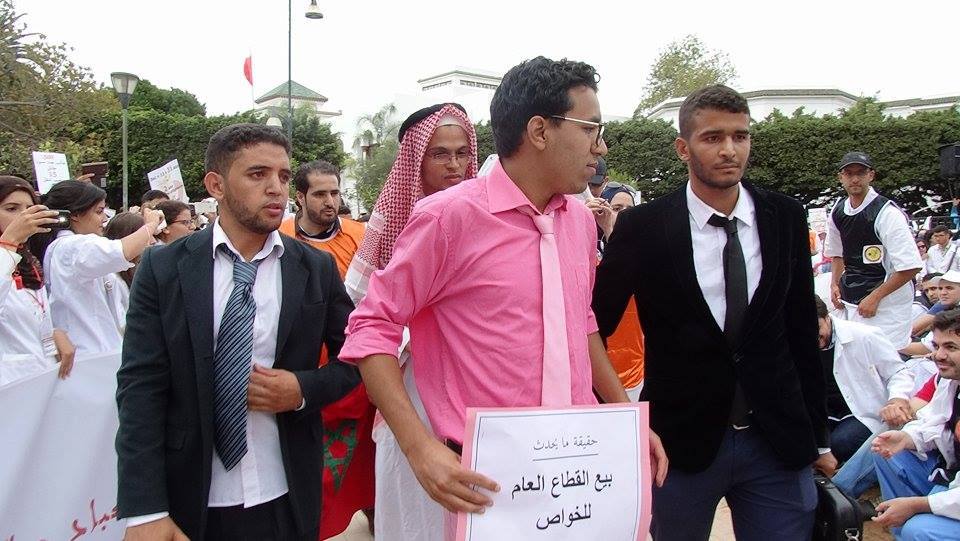 MWN: You have characterized the mandatory civil service project as being a scheme. Why?

Mandatory civil service is a well-structured scheme. On the surface, it appears to be a thoughtful step towards providing public healthcare to populations in remote areas. In reality, all it provides is helpless and frustrated doctors who play the role of the delivery boy: each time they receive a case they send it to the next hospital and the one after the next. Contrary to the popular belief, no healthcare of quality will be provided for people in these regions due to the lack of basic hospital supplies and equipment and investments directed towards this service.

We believe this is a step towards eliminating the recruitment of doctors in the public sector, especially after the declaration of the Prime Minister that advocates for privatizing the health and education sectors in Morocco.

MWN: What are your demands and how do you propose to achieve them?

We request that the Ministry of Health fix the doctor shortage problem. The population of Morocco is consistently growing, and communities throughout the country are already experiencing clinical staff shortages: the deficit of doctors is reaching seven thousand, in addition to a shortage of nurses that is eight thousand. However, despite this striking fact, only 15 positions were created for general practitioners in the public sector earlier this year… bearing in mind that 1500 doctors have graduated during the same year. We suggest that the Ministry open enough budgetary posts for the 1500 recently graduated doctors in order to fix this clinical staff shortages.

MWN: What developments have you achieved during your negotiations with the Minister of Health and with the government?

Up to this point, dialogue channels with Minister of Health have been closed in our faces. This was one among the many reasons we started the strike. Unfortunately, we still couldn’t reach that stage to negotiate with the government. We have had a single meeting with the Minister and the Secretary of Higher Education. The latter made promises to respond to our demands in regards to the subject of mandatory service. Nevertheless, until now there have been no official documents of any agreement.

MWN: How far do you plan on going with your boycotting?

The boycott is not the roof of our struggle. There are many other forms of protest that surpass boycotting in our arsenal, and we reserve our right to utilize them if the Ministry does not respond to students’ demands. In fact, on October 1, we will start an open-ended strike.

MWN: Finally, is there anything you would like to add?

Yes. We would like to mention that this strike follows many prior protests. Mandatory service, however, was the straw that broke the camel’s back. We have endured many hardships as medical students, ranging from the ridiculous scholarship of MAD 110 (11 US dollars) per month and unbearable training conditions; to the shortage in budgetary and fellowship posts.

Dentistry students also reported much larger problems. Whereas governmental education is supposed to be free – as confirmed by the Minister of Health in his recently released video – Dentistry students use their money out of their pockets to buy clinical materials for their practical training. Moreover, to validate the practicum modules, students sometimes bring patients and pay for their dental treatments because they can’t afford those expensive treatments. Some cost up to MAD 2000 (200 USD).

Finally, we would like to invite the Moroccan population to do their own research and to listen to more than one side in order to develop a clear image about our problem. Always remember that there are two sides to every story.