Moscow - The Russian Federation and the Kingdom of Morocco might go further into comprehensive cooperation to include military deals. What challenges might this move face? 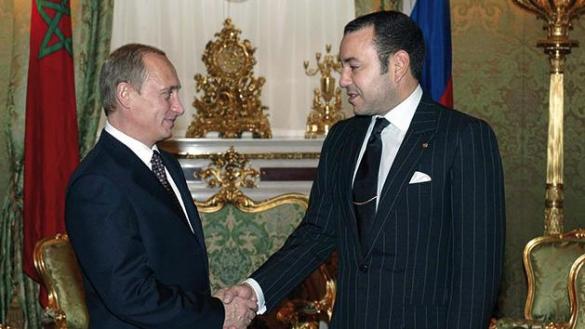 Moscow – The Russian Federation and the Kingdom of Morocco might go further into comprehensive cooperation to include military deals. What challenges might this move face?

In August 2015, several Russian and Moroccan media outlets reported that Morocco and Russia were close to signing a deal for Morocco to purchase the Russian-made Amur-1650 Submarines, which would be the first submarines for the North African country. The deal, according to these sources, will be officially signed during King Mohamed VI’s upcoming visit to Moscow. However, many are questioning the likelihood of this deal taking place, especially after Morocco purchased three CH-47D Chinook helicopters from a US repair and overhaul company last August, in addition to another potential deal for M-1 Abrams Tanks delivery from the US army.

Furthermore, other questions might be posed in regards to international relations if Morocco succeeds at purchasing the submarines from a “non-traditional” weaponry market like Russia. Challenges associated with the potential delivery go beyond the technical problems of running the submarines by Morocco, but will impact the Kingdome’s conventional tendencies towards its foreign relations.

Recent Royal speeches demonstrate that King Mohamed VI desires increased cooperation with Russia on the diplomatic, economic, and trade levels. Although Moroccan exports of agricultural products, namely potatoes, citrus, and other fruits, have made considerable profits in Russia, taking advantage of EU sanctions as a result of its behavior in Eastern Ukraine and Syria, there is still a possibility for Morocco and Russia to extend bilateral cooperation by strengthening and diversifying Morocco’s naval bases to gain advantages over Algeria, Morocco’s first rival in the regional arms race. The potential weapons supply can also be used against trans-national terrorist threats across the Mediterranean and the Atlantic.

However, the possibility of getting heavy Russian military gear will be hindered by the lack of Moroccan expertise on Russian military system, owing to the fact that the Moroccan military system since the Cold War has adopted the Western military school, including its type of military equipment, which is mostly French or US-made. Thus, under the current circumstances, it wouldn’t make any sense for Morocco to take such a step as to order large amounts of Russian-made equipment for any purpose without having the necessary knowledge and expertise to make the best use of them. Therefore, a long-term inclusive deal that takes into account the training of submarine captains would be most effective; otherwise, a simple transaction will end up without efficient outcomes.

On the other hand, there was a hypothesis that Saudi Arabia, a major global player and a sincere ally of Morocco, was paying for the deal, since both Kingdoms have common intra-religious principles that are now embodied through Morocco’s participation in the Saudi-led military operation in Yemen. Additionally, Saudi Arabia might want also to take revenge against Algeria for refusing to participate in the same Arab military coalition by financially assisting Morocco in the potential deal.

Nevertheless, amid upheavals in global oil and gas prices, as well as the increasing interest of possessing nuclear weapons vis-a-vis Iran, as well as the costly ongoing war against Houthi rebels and pro-Saleh troops in Yemen, it appears that Saudi Arabia needs to have Moroccan submarines in its ally’s navy rather than offering financial assistance to other states, including friendly ones.

In addition to technical issues that might hinder Morocco from acquiring the Russian Amur-1350 Submarines, the deal might have repercussion in the realm of global politics, seeing that Morocco is involved in military cooperation with France that include mutual conventions serving the army’s comprehensive sections. Consequently, the Royal Navy of the French multi-mission FREMM launched the Mohamed VI frigate in 2013.

The United States is also a traditional ally of Morocco regarding military cooperation, due to the economic, historical, and cultural legacy-diffusion between both countries. For instance, Morocco and the US engage in annual military joint exercises that take place in Southern Morocco. This year, an estimated 3,000 American and Moroccan troops gathered near Agadir for the “African Lion” exercises, according to airforcetimes.com. As such, the American commanders would not be comfortable with the Moroccan Royal Forces owning Russian-made military systems. For this reason, Morocco might not show immediate enthusiasm concerning any long-term military cooperation with Russia in the near future, considering the nature of current US-Russian diplomatic relations that are influenced by a divergence in the Syrian conflict, as well as Russian involvement in Eastern Ukraine.

Russia’s interest in seeking new customers for its military products is quite evident through President Putin’s visit and King Mohamed VI’s invitation to Moscow that was delivered by Valentina Matvienko, Speaker of the Russian Parliament’s Upper House during her visit to Rabat in May 2015. The date of the Monarch’s visit to Moscow has not yet been revealed. Although the potential meeting with President Putin will focus on strengthening economic cooperation, such as fostering trade and marketing the destination of Morocco for Russian tourists, there will be adequate space for signing military deals, besides discussing political issues of mutual interests, such as counterterrorism and the latest updates in Middle East. In addition, Morocco will seek political support from the Russians towards the Autonomy Plan as a credible solution for the protracted conflict of the Sahara.

Looking through King Mohamed VI’s successive speeches in the last two years, Morocco’s foreign relations have entered a new phase whereupon the country does not rely only on traditional global partners, and opens up to emerging global actors, such as China and Russia. However, Morocco leaning to Russia may cause a “disturbance” by the West over the Kingdom’s real tendencies, which may result in potential disorder regarding Morocco’s economic and political relations with its main partners in the EU and the US. Potential military cooperation between Russia and Morocco is therefore influenced by the mood of EU and US relations with Russia. The current global political climate obliges Morocco to stay diplomatically and strategically allied with the EU and US for more time.