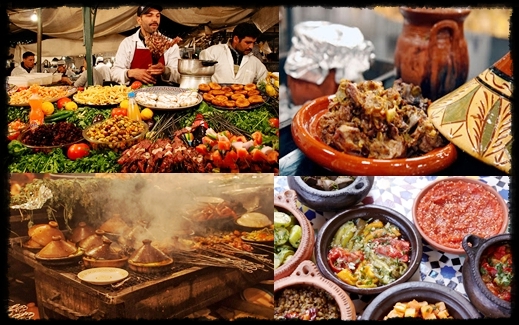 Rabat – The US travel company Thrillist established   a ranking of the 18 best gastronomic cities in the world, in which Marrakech ranked sixth.

Gastronomy is one of the criteria that could tip the balance of travelers and tourists from one destination to another. In which cities do you eat the best? This is the question that the US website Thrillist attempted to answer.

Thrillist, specialized in lifestyle, travel, and gastronomy, has established a ranking of the “18 best gastronomic cities in the world” (The World’s 18 Best Food Cities). The exclusive list includes Marrakech, Morocco’s main tourist destination and one of the world’s best tourist destinations.

The Red City is, indeed, the sixth city in the world where you dine the best, according to Thrillist. “Marrakech is not famous just for its architecture, but also for its culinary art prepared in the kitchen”, according to the specialize website.

The “mixture of flavors of Africa and the Middle East” seems to seduce the American site to the point of inviting every traveler to Morocco to try the gastronomy of the Red City.

The full ranking of “the 18 best gastronomic cities in the world” is as follows: