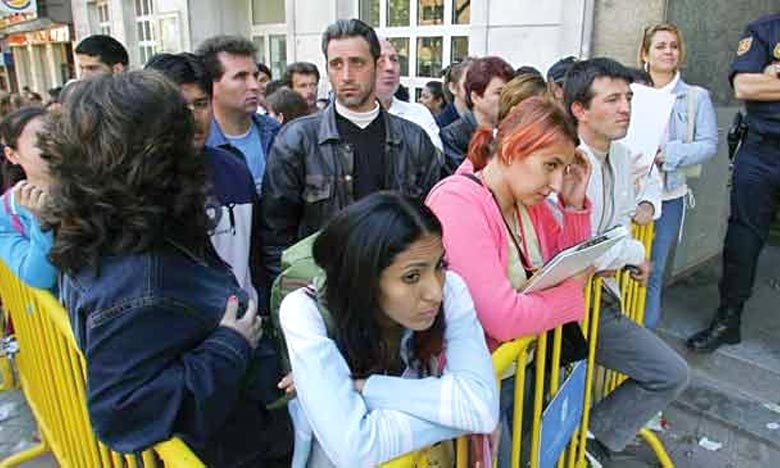 Marrakech – About 188,898 Moroccans were registered on social security in Spain at the end of August, according to official figures released on Tuesday, September 22, 2015.

Moroccans made up the largest group of non-EU foreign workers affiliated with Spanish social security, followed by Chinese with 93,677 people, Ecuadorians with 72,304, and Bolivians with 57,838, according to the Spanish Ministry of Labor and Social Security.

According to the same source, at the end of August, there was a decrease of 1 percent (17,349 people) in the number of immigrant workers registered in the social security system.

As a result, the number of foreigners covered by social security in Spain stood at 1,643,645 workers.

The number of Moroccans living legally in Spain, as of December 31, 2014, is estimated at 770,735 people, according to figures released by the Permanent Immigration Observatory (PIO).