Taroudant - Hollywood superstar Angelina Jolie and her husband, Brad Pitt, are reportedly on the process to finalize legal procedures to adopt a Syrian orphan. 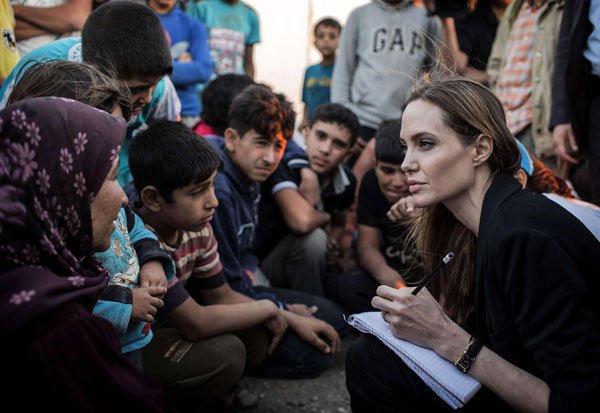 By
Larbi Arbaoui
-
Larbi is a freelance writer and assistant editor at Morocco World News.
Sep 23, 2015
Spread the love

Taroudant – Hollywood superstar Angelina Jolie and her husband, Brad Pitt, are reportedly on the process to finalize legal procedures to adopt a Syrian orphan.

During a trip to the Syrian refugee camp in Turkey, while serving as a Special Envoy for the United Nations High Commissioner for Refugees (UNHCR), Jolie was “heartbroken” to hear the story of three orphan brothers, who lost their mother in a bombing attack and their father was taken by Syrian soldiers.

After hearing the siblings’ sad story, Jolie wanted to adopt all the three orphans, “but when she got back to the United States, and told Brad about it, he said no,” said RadarOnline.

“Going from six children to nine was just way too much, and Brad was concerned about how it would impact their other kids. But Angie didn’t put up a fight. She knew it just wouldn’t work. But they compromised at adopting one,” the same source said.

While no official statement was made by the American couple so far, the insider said that “the process of adopting is underway,” adding that “the red tape has been almost impossible at times. It could take at least another four to five months before the child is brought to the United States.”

The same source added that the middle child “could speak some English,” while the oldest “was very quiet, but never left Angie’s side during the visit.”

The American Hollywood stars are already parents to six children, three biological, including Shiloh, 8, and 6 year-old twins Knox and Vivienne, as well as three adopted: Maddox ,13, from Cambodia, Pax, 11, from Vietnam, and Ethiopian Zahara, 10.