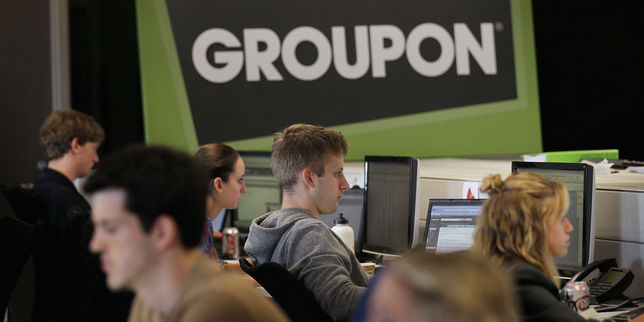 Rabat – Groupon, the American specialist in good deals on the internet, has announced on Tuesday that it plans to cut 1,100 jobs as part of its reorganization. As a result, the company will leave Morocco.

“In the coming months, we will eliminate about 1,100 jobs”, states the COO Rich Williams on the official blog of the group, adding that the cuts will be affected on a global scale.

This represents slightly more than 9% of the 11,843 employees that the Group had worldwide at end of 2014, according to its latest annual report.

“We take extensive restructuring measures to benefit from our resources and rationalize our international operations”, notes Rich Williams.

Struggling with slowing growth, Groupon is restructuring operations outside of the United States. It is closing overseas operations in Morocco, Panama, the Philippines, Puerto Rico, Taiwan, Thailand, and Uruguay.

“We need to focus our energy and dollars on fewer countries. So we decided to leave a number of countries where the required investments do not match the potential of the market”, says Rich Williams.

In another document supplied to the US stock gendarme (SEC), Groupon states that most of the restructuring measures will be completed by September 2016.

Those measures will cost approximately $ 35 million before tax of which between 22 and 24 million will be passed in the accounts of the third quarter.

in late 2010, the group refused to be acquired by Google for an estimate of $ 5 or 6 billion and in early November 2011, launched the biggest IPO, for an Internet company since Google. This was before Facebook’s IPO launch.