Rabat - After pulling a move that cost him a yellow card during the Chelsea vs Arsenal match on Saturday, Chelsea’s forward player, Diego Costa, has been sanctioned with a three-match ban at the Premier League. 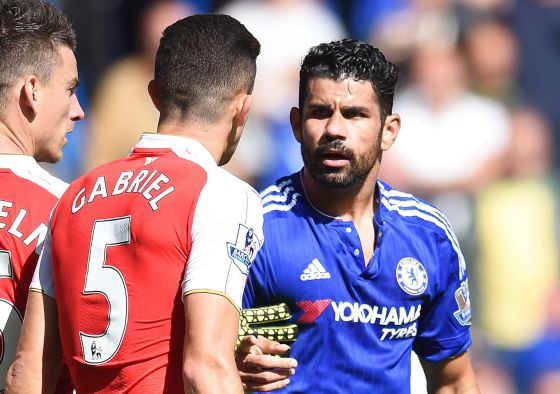 Rabat – After pulling a move that cost him a yellow card during the Chelsea vs Arsenal match on Saturday, Chelsea’s forward player, Diego Costa, has been sanctioned with a three-match ban at the Premier League.

Although the British Football Federation had sanctioned Arsenal’s Gabriel as a result of the altercation allegedly provoked by Costa, the federation has now lifted Gabriel’s punishment and given it to Costa instead, reported Spain’s El País.

Costa has been penalized with this suspension due to his “violent behavior” against Arsenal’s defense Koscielny, which was then magnified by confronting Gabriel, costing the Arsenal forward a red card.

The hot-headed Chelsea goalie walked out of the match unpunished, aiding in his club’s win against the Arsenal. Nevertheless, video cameras reportedly caught Costa’s slick move on the pitch, resulting in his newly-imposed sanction.

This is not the first time Costa plays dirty as he has been previously punished with the same three-match ban, for kicking a Liverpool player earlier this year.

Not surprisingly, one of his teammates, Kurt Zouma, has admitted during a television interview that the Spanish-Brazilian forward man “is a guy who likes to cheat.” But Chelsea continues to support Costa and feels “extremely disappointed” for the star’s punishment.