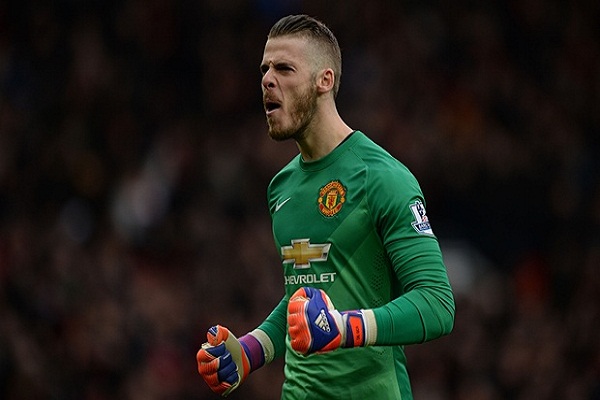 De Gea, who has made headlines in the last few weeks for his disagreements with United’s manager Louis van Gaal, seems to enjoy wearing the Man United jersey.

UK’s Express notes that the football star was given the captain’s armband only for the remaining 10 minutes of the match that Manchester won 1-0 to Ipswich Town.

Even if for a few minutes, the gesture filled De Gea with gratitude and prompted him to tweet: “Great win yesterday! Let’s think about our next rivals and keep improving. I’m proud to wear this armand!”

Great win yesterday! Let’s think about our next rivals and keep improving. I’m proud to wear this armband! #MUFC pic.twitter.com/gduqspyh4a

An image of a happily smiling De Gea being placed the armband has made the social media rounds. The picture speaks for itself.

This comes to reaffirm De Gea’s satisfaction with United and the possible end to his problems with the team’s manager.

The goalkeeper is scheduled to defend the British club against Sunderland’s match this coming weekend.