Taroudant - Around 140,000 Muslims gathered on Thursday morning at the site of the newly-inaugurated mosque in Moscow to celebrate Eid al Adha, an Islamic holiday also called the Feast of Sacrifice.

By
Larbi Arbaoui
-
Larbi is a freelance writer and assistant editor at Morocco World News.
Sep 24, 2015
Spread the love

Taroudant – Around 140,000 Muslims gathered on Thursday morning at the site of the newly-inaugurated mosque in Moscow to celebrate Eid al Adha, an Islamic holiday also called the Feast of Sacrifice.

The new grand structure consisting of a turquoise-colored dome known as Moscow Cathedral Mosque can accommodate up to 10,000 worshippers within its three stories. It is also considered one of Europe’s biggest mosques.

The Russian Grand Mufti, Rawil Gaynetdin, led the prayers and gave the sermon to the approximate 140,000 of Islam believers present at the site.

The Muslim Board of Russia’s European Party and several political and religious leaders of Islamic countries participated in the opening ceremony of the Moscow Cathedral Mosque on September 23, 2015. The ceremony was presided by Russia’s President, Vladimir Putin.

President Putin has declared his satisfaction in the inauguration of the new mosque saying it “will be source for education, spreading humanist ideas and the true values of Islam”. 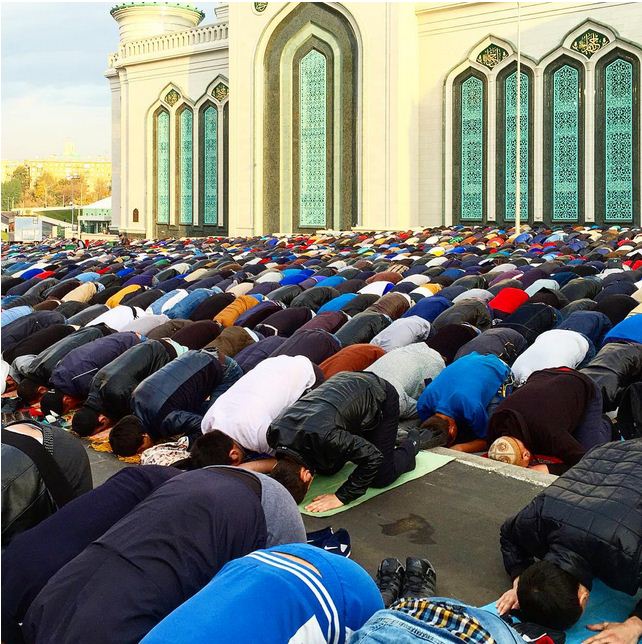 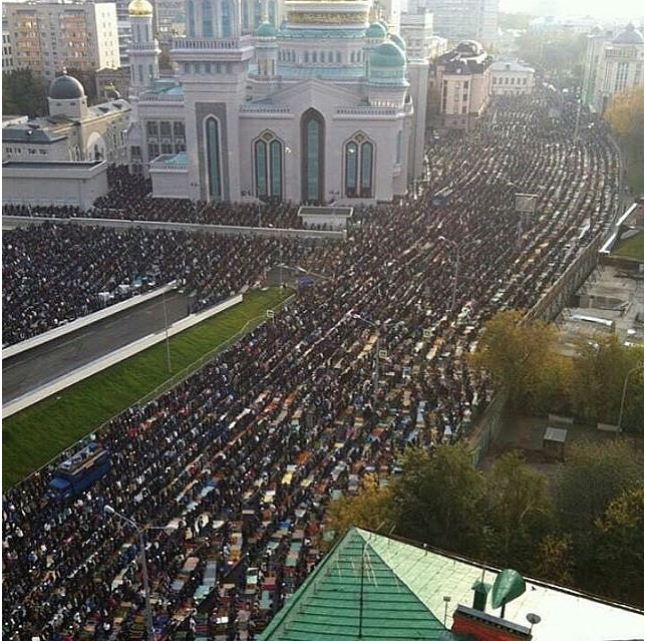