Rabat - A partial list of the victims’ nationalities in the deadly stampede in Mecca on Thursday morning has been announced. Morocco and Iran are the countries with the highest death tolls so far. 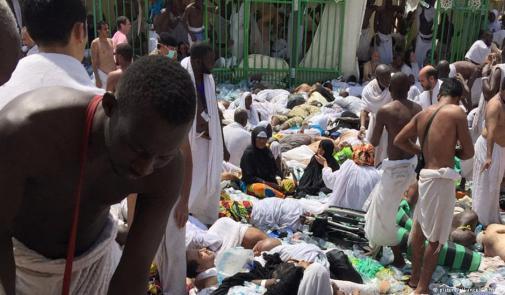 Rabat – A partial list of the victims’ nationalities in the deadly stampede in Mecca on Thursday morning has been announced. Morocco and Iran are the countries with the highest death tolls so far.

According to a report by AFP and Al Arabiya news, 87 Moroccan nationals died in the stampede, and 131 Iranian pilgrims lost their lives.

Saudi authorities are still investigating the catastrophe that occurred in Mina at the crossroads of Street 204. The stampede claimed the lives of 717 pilgrims and left over 1,000 others injured.

On Thursday, Saudi authorities had issued a statement saying that the Kingdom of Morocco did not suffer any casualties. However, the current figures have created anxiety amongst Moroccan families waiting to receive further information about their family members.

It should be noted that Moroccan authorities have not made any official statements to confirm the number of deaths of Moroccan pilgrims.

According to the same report, foreign officials and media have compiled a list of deaths by country.

In the North Africa region, Morocco has an alleged 87 dead, Tunisia has 10 to 12 dead, and Algeria 3.

In the Middle East, reports indicate 131 deaths from Iran, 8 deaths from Egypt, and 7 from Pakistan.

As far as Europe, the only death comes for the Netherlands with 1 casualty.

The Asian continent’s count so far is 14 deaths from India, and 3 from Indonesia.

This is the second tragedy to strike this year’s Hajj pilgrimage. The collapse of a massive crane on the roof of the Grand Mosque took 107 lives, and the Mina stampede had 717 fatal casualties.