Rabat - A Marrakech villa used for the shooting of some scenes from Spectre, the latest James Bond film to be released on November, is on sale for a whopping £3.2 million, according to the Telegraph. 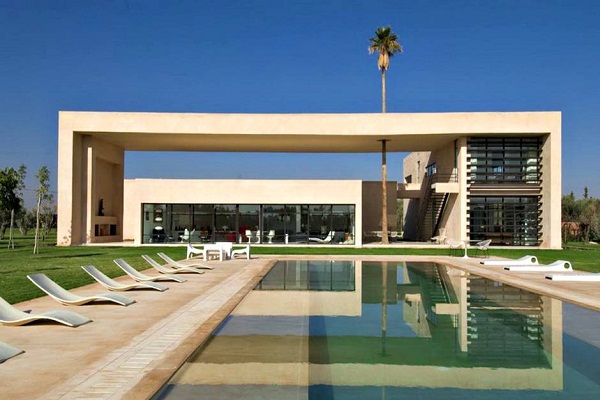 Rabat – A Marrakech villa used for the shooting of some scenes from Spectre, the latest James Bond film to be released on November, is on sale for a whopping £3.2 million, according to the Telegraph.

Dar Bianca is a metal and glass villa built nine years ago by its French owners with the assistance of Algerian architect Imad Rhamouni, a protégé of French designer Philippe Starck.

The villa appears in Spectre, a new James Bond film featuring Daniel Craig in his fourth performance as agent 007, and Christoph Waltz as Franz Oberhauser, the film’s antagonist.

Following a trail from Mexico to Italy, Austria and Morocco, the story features James Bond’s first encounter with the global criminal agency known as SPECTRE.

A cryptic message from the past will lead agent 007 to Mexico and Italy, where he meets the beautiful widow (Monica Bellucci) of an infamous criminal. Directed by Sam Mendes, the film is due to make its worldwide release on November 6, 2015.

According to the Telegraph, another Marrakech villa was used this time by the crew of Mission Impossible 5 for some scenes in the summer blockbuster. The minimalist villa is on sale for €3.5 million through Kensington Morocco, a Real Estate agent.

“It’s a very modern property with a stunning location overlooking the mountains. Despite its modern, cubic look, it also adheres to Berber traditions of architecture as it’s built from pisé or rammed earth,” says Kensington’s managing director Marc Leon.

International figures with deep pockets are being attracted to Marrakech as they regard it as a safe haven, says the British newspaper. According to Alex Peto, head of Aylesford Morocco, which specializes in prime residential property throughout the world, last year’s highest ticket sale in Marrakech was a €100m palace reportedly bought by the Emir of Qatar.