Rabat - Anthony Martial, the new Manchester United’s star, said he is committed to giving the best of himself with his new team, because he wants the football world and his fans to be proud of him. 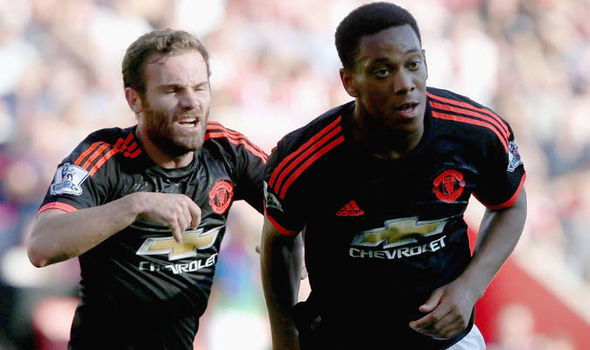 Rabat – Anthony Martial, the new Manchester United’s star, said he is committed to giving the best of himself with his new team, because he wants the football world and his fans to be proud of him.

The French player is giving much to talk about lately. Following his widely commented and harshly criticized transfer amount, which some called a “hallucinating offer”, Martial has so far delivered a series of outstanding performances at the Premier League, silencing negative critics.

“I know the fans expect a lot from me because I have cost a lot of money,” the 19-year-old forward said in statement to Telefoot.

The Red Devils paid Martial’s former club AS Monaco a reported EUR 80 million, inclusive of bonus, for his transfer to the British club. He became the most expensive teenage-player in football history.

The large sum of money was at first considered “ridiculous” to United’s manager Louis Van Gaal, who later praised his new acquisition, saying “…[he is] a very coachable player and that is also why I like him and I bought him”.

According to Goal’s website, Martial feels the responsibility to deliver great performances. He is committed to giving his best and prove the Red Devils that he is worth the 80 million euros invested on him.

The former Monaco player has received the support of his new teammates, such as Spanish midfielder Juan Mata who said earlier this week: “He’s given us a lot of things, not just the goals – his way of playing is helping the team a lot”.

After Martial’s top-level performance on the pitch, David Beckham, international football legend and former United’s player, applauded the French star saying: “This type of players are the ones who make Man United one of the best clubs in the world”.

Since his debut with Manchester United, Anthony Martial has scored 4 goals in 5 appearances. His goal against Liverpool has been so acclaimed that his technique and play have been compared to that of French legend Thierry Henry.