Taroudant - The first group of Moroccan pilgrims was left stranded in Jeddah International Airport for more than three hours due to unjustified delays of Royal Air Maroc (RAM) flights, which were scheduled to fly them back on Monday.

By
Larbi Arbaoui
-
Larbi is a freelance writer and assistant editor at Morocco World News.
Sep 28, 2015
Spread the love

Taroudant – The first group of Moroccan pilgrims was left stranded in Jeddah International Airport for more than three hours due to unjustified delays of Royal Air Maroc (RAM) flights, which were scheduled to fly them back on Monday.

To Moroccan pilgrims’ dismay, when they arrived in Jeddah International Airport on Sunday midnight, they learned that their planes would not fly at their scheduled time. 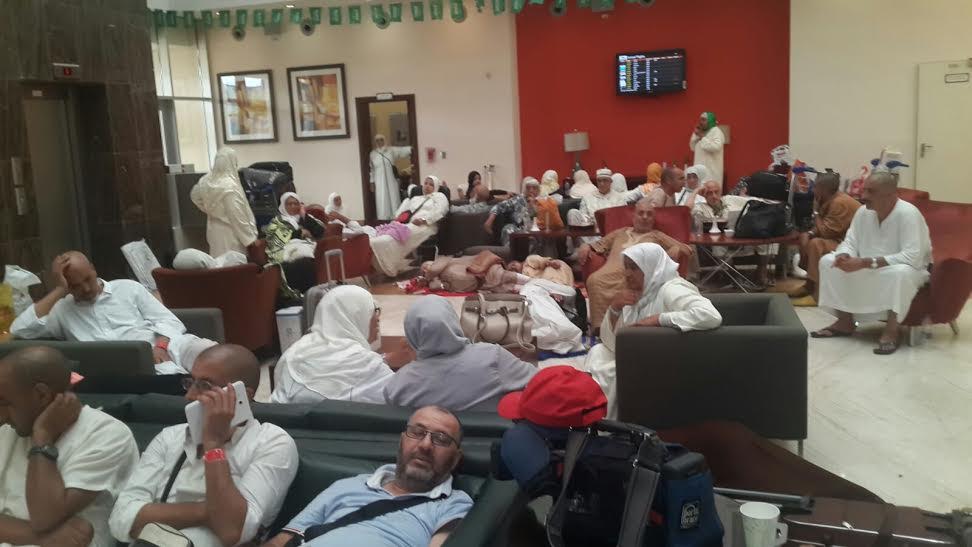 The three planes were scheduled to depart at 11:30 a.m., 1:30 p.m. and the at 3 p.m. respectively, but an official at RAM informed the pilgrims that the planes would not fly until at least 8 p.m. on Monday or Tuesday morning.

One of the pilgrims told Moroccan news website, Alyaoum24, that they were left stranded for more than three hours in “deplorable conditions” without any communication from the staff of the national airline company.

“They left us alone between four walls,” a pilgrim told Alyaoum24.

The same source said that some pilgrims were offered a stay in hotels while the majority were left alone with nothing.

A number of Moroccan pilgrims were still under the shock of the fatal stampede that occurred in Mina last Thursday. The tragic accident claimed the lives of more than 763 pilgrims and left more than 863 injured.

Moroccan authorities said on Monday that 5 Moroccans were killed at the Mina stampede, while eight were injured and 34 are still missing.