Rabat - Paris ST German striker, Zlatan Ibrahimovic, said he wished he had the opportunity to pay alongside Wayne Rooney in Manchester United. 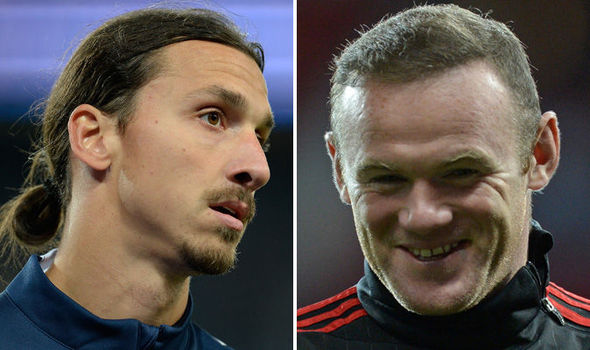 Rabat – Paris ST German striker, Zlatan Ibrahimovic, said he wished he had the opportunity to pay alongside Wayne Rooney in Manchester United.

The Swedish stars had words of praise towards the English star, saying that despite the pressure he has been facing over the years at Manchester he stayed at the top level.

“These great players, they have their moments over one to three years. But to continue over five years, for ten years the way Wayne Rooney has done is not easy,” he said according to the Express.

The former Barcelona and Inter Milan player also praised the pivotal role Rooney played at Manchester United alongside Christiano Ronaldo, helping the Portuguese player become one of the most important strikers in the history of the team.

“He runs a lot, he fights a lot, he sacrifices a lot. When he played with Cristiano Ronaldo all the work was done by Wayne Rooney but he didn’t get the credit because Ronaldo was scoring all of the goals.”

The 34-year old Swedish striker said that he would prefer to have Rooney in the same team than play against him.

“I’d prefer to have him in my team than play against him. I’ve not been lucky enough to play with him but I enjoy seeing him on the pitch – if I cannot play with him, I will watch him.”