Rabat - Ten Moroccan pilgrims died and eight others were wounded in the Mina stampede tragedy, said on Wednesday the Ministry of Foreign Affairs. 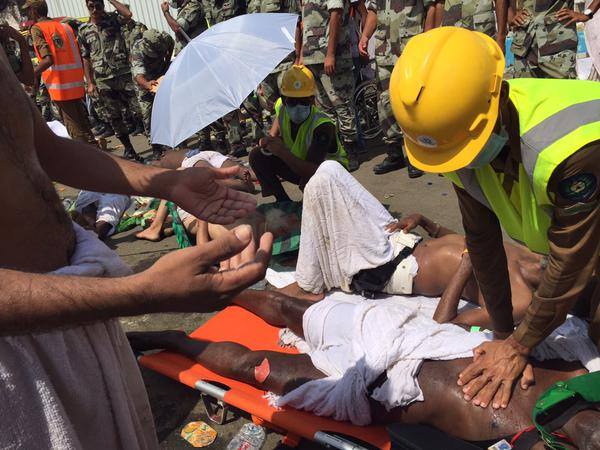 Rabat – Ten Moroccan pilgrims died and eight others were wounded in the Mina stampede tragedy, said on Wednesday the Ministry of Foreign Affairs.

In a statement, the ministry said that 29 pilgrims are missing, recalling that King Mohammed VI gave his orders to oversee the cases of Moroccan injured pilgrims in the Mina stampede, notably concerning the fate of those who have gone missing.

The ministry noted that the competent Moroccan authorities are permanently in contact with the victims’ families in order to give them accurate information and update the list of the wounded Moroccan pilgrims on the website: www.diplomatie.ma

Given the difficulties related to the missing people’s identification procedure by the competent Saudi authorities to shed light on the missing Moroccan pilgrims, King Mohammed VI gave his instructions to dispatch to KSA a delegation comprising representatives from the ministries of Foreign Affairs, the Interior, Endowments and Islamic Affairs and Health, said the same source.

This delegation is tasked with continuing the search, in cooperation with the Saudi authorities, to discover the fate of the missing Moroccan pilgrims and supervise their situation, it added.