Rabat - Porto’s goalkeeper, Iker Casillas, took on to social media to ‘retweet’ a cartoon that mocked Chelsea’s manager José Mourinho following the ‘blues’ loss against the Portuguese team on Tuesday. 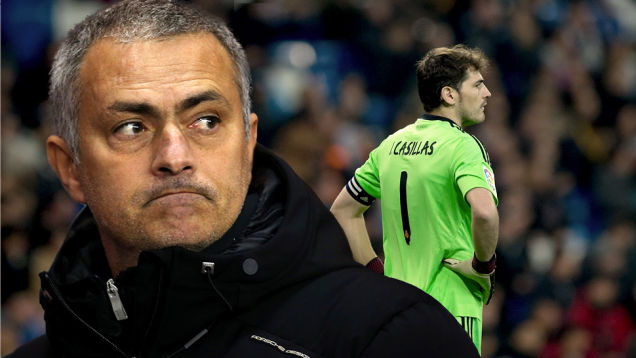 Rabat – Porto’s goalkeeper, Iker Casillas, took on to social media to ‘retweet’ a cartoon that mocked Chelsea’s manager José Mourinho following the ‘blues’ loss against the Portuguese team on Tuesday.

The post by Goal shows that “more than 50,000 @goal_intl readers voted Iker Casillas as Champion League’s greatest ever goalkeeper”. However, the cartoon praises the Spanish star while it ridicules a defeated Mourinho.

Without a word and with a simple click, the former Real Madrid goalie, sent an indirect message to his former coach, letting everyone know he still holds a grudge towards Mourinho over their past feud at Real Madrid, regardless of their apparent cordiality.

Both Mourinho and Casillas have publicly said they would greet each other without a problem and that their tumultuous relationship was a thing of the past.

“For us football men that is a normal thing” said Chelsea’s boss, who affirmed they are both “educated” people who had “fantastic moments and difficult moments”.

Equally, Casillas said in a statement, “I’ve coincided with Mourinho, I’ve shaken his hand and we’ve spoken: ‘See you in London. All the best.”

Casillas and Mourinho’s battle dates back to the time when the Portuguese coached Real Madrid (2010-2013) and Casillas was the ‘whites’ goalie. Their altercations reached a tense point and Mourinho relegated the former Madrid star to the bench.