Washington DC - Early in September 2015, members of the Swedish Social Democratic Party submitted a bill to recognize the Polisario Front. Recall that in December 2012, a law had been voted in this direction but was rejected by the government. 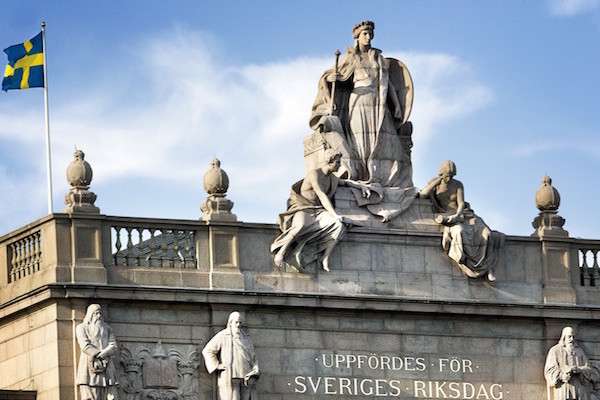 By
Moha Ennaji
-
Moha Ennaji is an author and international consultant.
Sep 30, 2015

Washington DC – Early in September 2015, members of the Swedish Social Democratic Party submitted a bill to recognize the Polisario Front. Recall that in December 2012, a law had been voted in this direction but was rejected by the government.

The recent recognition of the Polisario by the Swedish government is an aberration and a serious offense on more than one level. First, that government does not have a thorough understanding of the Moroccan Sahara issue. Second, the Polisario is deemed to be a terrorist organization linked to al Qaeda. This was demonstrated by American and European centers of strategic studies and by credible American newspapers such as The Washington Post and the Daily Beast.

The territory occupied by the Polisario has become a breeding ground for arms trafficking and for the jihadist groups to the point that the Japanese government has listed the Polisario on the directory of terrorist organizations.

The Moroccan government and civil society must explain to the Swedish and European governments the legitimacy of their cause and that the Moroccan Sahara conflict has been imposed on Morocco by Algeria to hinder development and democracy in Morocco in order to destabilize it, instead of joining forces to build together a democratic Maghreb that is strong and united. The Sahara conflict is the main bone of contention between the two countries, whose common border is closed for two decades by Algeria.

Morocco has established the advanced regionalization and offered broad autonomy in the southern provinces supported by the UN as the only solution to this problem because the self-determination referendum was rejected in 2000 by the James Baker plan which saw its infeasibility.

And as highlighted by King Mohammed VI in his speech of November 6, 2014 to mark the 39th anniversary of the Green March, “Morocco will remain in its Sahara and the Sahara will remain in its Morocco until the end of time” . He reassured Moroccans that the former Spanish colony, that is to say the Moroccan Sahara, could not get more than autonomy vis-à-vis Rabat. The King reaffirmed that “the choice of the Kingdom to open the door to negotiation was wearing and will not in any way be at the expense of the Moroccan Sahara, adding that” the autonomy initiative is the maximum that Morocco can offer. “

Morocco will never accept that sovereignty is hostage to ideological currents and conflicts of interest of some pressure groups or international parties.

However, the incomprehensible decision by Sweden to recognize the Polisario is both inappropriate and absolutely unacceptable to the Moroccans. Morocco is one of the few countries in the MENA region known for its opening to the West and its choice of the path of democracy and sustainable development. It is considered by many international observers as a model for democratic progress, and proactive in efforts to ensure security and stability in the region and a partner in the fight against extremism and terrorism.

Furthermore, Morocco has always been a friendly country of Sweden, and the two countries are linked by strong economic and diplomatic relations. It would have been more profitable and more pragmatic for the current government of Sweden to work towards the consolidation of bilateral relations rather than the recognition of a Banana Republic, which could lead to the rupture of relations between the two countries and instability In the region.

It is not a secret to anyone that Morocco (King, government and people) is very attached to its Sahara and can in no way be destabilized by the unjustified decision of the Swedish government, because all Moroccans are convinced of the legitimacy of their national cause. No political entity could undermine the country’s stability because Morocco is politically and economically a stable country, and the strong will of its people is a safeguard to its territorial integrity against any interference in its internal affairs.

Moha Ennaji is President of the South North Center for Intercultural Dialogue and Migration Studies in Morocco and Professor of Gender and Cultural Studies at Fez University. His most recent books include Muslim Moroccan Migrants in Europe (Palgrave) and Muticulturalism and Democracy in North Africa (Routledge).