Taroudant - The city of Fez, one of the oldest imperial cities in the Kingdom of Morocco, is quite famous among travelers and tourists as one of the best destinations in the world. 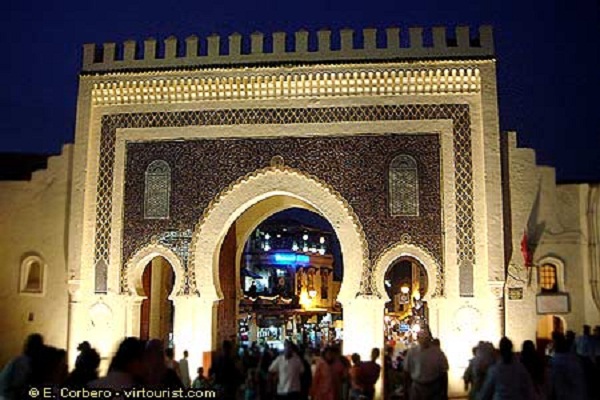 By
Larbi Arbaoui
-
Larbi is a freelance writer and assistant editor at Morocco World News.
Oct 9, 2015
Spread the love

Taroudant – The city of Fez, one of the oldest imperial cities in the Kingdom of Morocco, is quite famous among travelers and tourists as one of the best destinations in the world.

However, the medieval city of Fez, with its quaint and picturesque narrow streets in the maze-like medina, fabulous food scene, and several historic monuments that stretch back hundreds of years, is home to many tourist attractions you might not know about.

Founded by Idris I in 789, the city of Fez was the capital of Morocco until 1912. Now, the spiritual city with its modern extension is Morocco’s second largest city. But the old medina remains the vibrant heart of the city, which has several tourist attractions, highlighting Fez’s rich history and culture that has made the city one of the world’s must-see destinations.

Here are facts you probably didn’t know about Fez, Morocco.

Fez is among the 10 Moroccan cities recognized by UNESCO as a World Heritage Site.

Named a UNESCO World Heritage site in 1981, the city of Fez remains a cultural and spiritual locus, with many amazing tourist sites that not only please the eyes, but also teach the secrets of well-preserved ancient architecture and labor skills that date back to the medieval times. 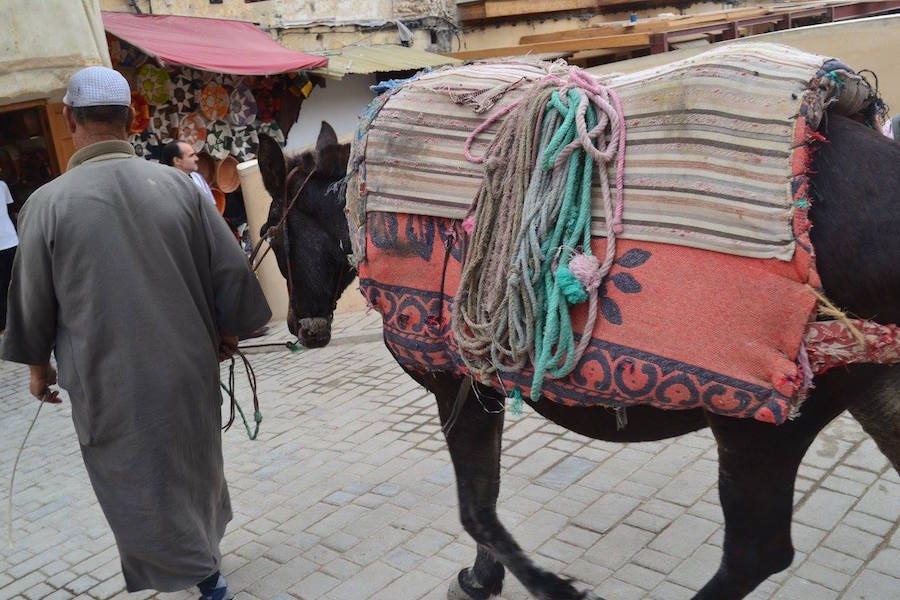 Built in the 9th century, the Fez medina is a labyrinth of about 10,000 alleys that are too narrow for cars, with small artisanal shops selling all kinds of hand-made products: everything from clothes and jewelry to furniture and food.

The medina is a completely car-free urban zone, and the only means of transporting goods inside the medina are mules or small chariots. Nowadays, you may occasionally see a motorbike or bike zooming through a crowd of people in the narrow streets. 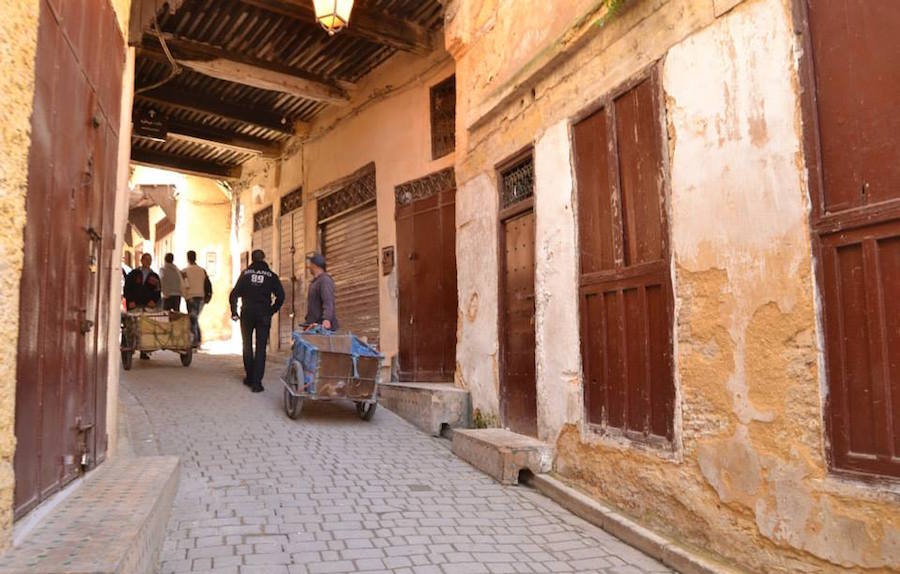 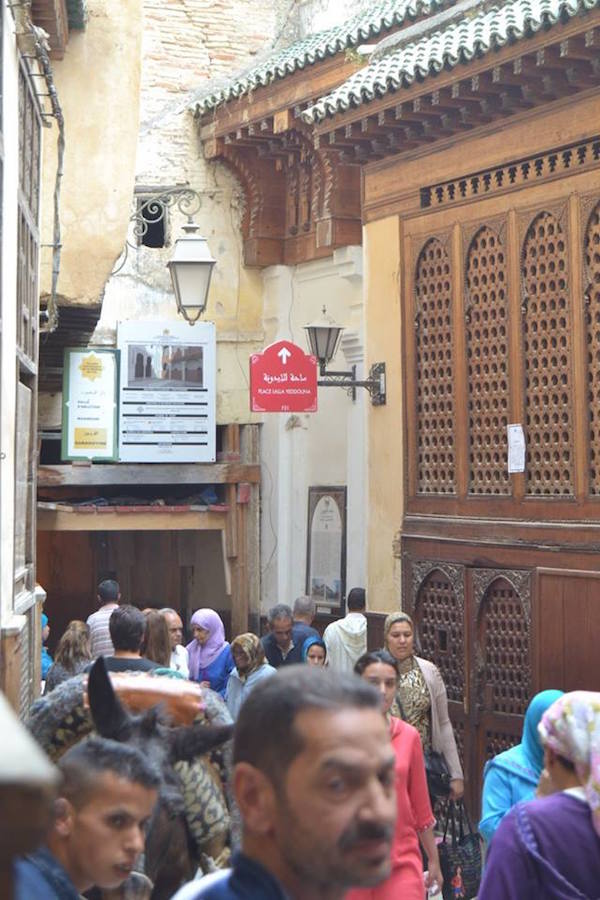 Fez Medina, home to one of the oldest water clocks in the world

Water clocks are the oldest form of time keeping in the world. Fez is home to one of these old devices well preserved in Dar al-Magana, meaning “clock-house”. Built by the “muwaqqit” (time keeper) Abou al-Hassan Ibn Ali Ahmed Tlemsani, the clock was finished on May 6, 1357, and kept inside Dar al-Magana, a house built by the Marinid Sultan Abu Inan Faris. 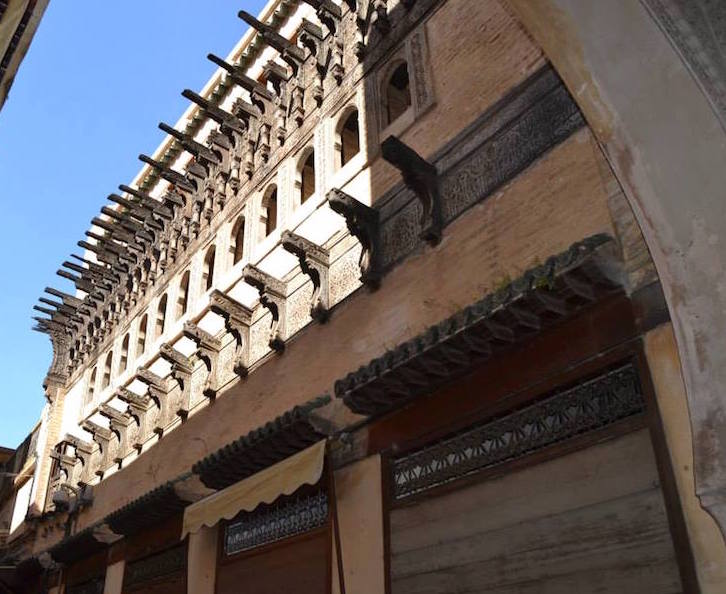 Fez Medina, Chouara Tannery is believed to be the oldest leather tannery in the world

The medina in Fez is home to many leather tanneries producing the best quality of leather, which is more durable and less susceptible to decomposition. Although the largest and most famous tannery is in Bab Ghissa, Chouara Tannery is said to be the oldest leather tannery in the world. The complete process of preparing leather is done manually in small ditches by skilled workers. The produced leather is traditionally sold in the Leather Souq, and in souks all over the kingdom.

Fez Medina, the only place where Fez hats used to be made

The red top hat that Moroccans wear, particularly in ceremonies and special events, is named the “Fez,” just like the city. Historically, the fez hats were exclusively hand made in the city of Fez by talented craftsmen, locally known as “Trabshi.” The hats have become a symbol of the kingdom, representing official dress. Now they are produced in many places, including Turkey and France, but the best quality hats are still those coming from Fez.

Fez Medina, home to the oldest degree-granting university in the world

Al Karaouin University in Fez dates back to the 9th century, built by Fatima Al Fihri, a pious woman from a wealthy family who left their original city Al Kairouan (in modern-day Tunisia) and settled in Fez. Founded in 859, the historic university of Fez is actually recognized by the Guinness Book of World Records as the oldest degree-granting university in the world. Moreover, UNESCO considers Al Karaouin to have been a university since its founding.

Fez Medina where every neighborhood has a mosque

Like in all the villages, towns and cities in Morocco, “Fez has more than 400 mosques,” according to Abdesalam Gharmini, a regional delegate of the Ministry of Habous and Islamic Affairs, adding that more than half of these mosques exist in the Fez medina. 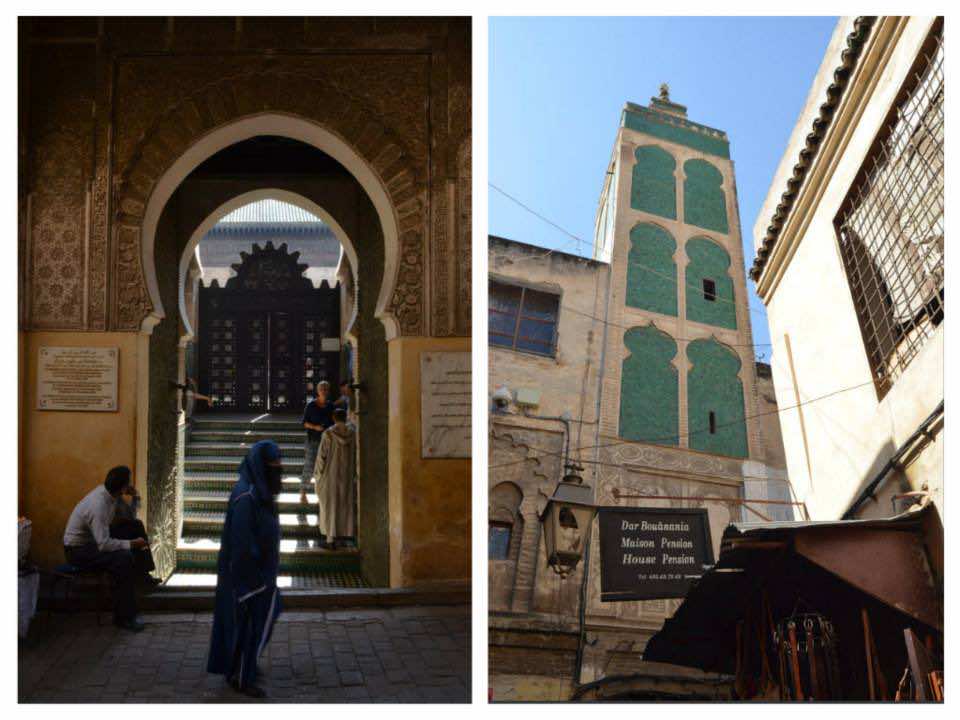 Every neighborhood has its own mosque, and they are easily seen from the terrace of the Hotel Les Merinides.

The Maimonides house is in Derb Margana, on the right-hand side as you walk off the Tala’a Kebira. Moshe ben Maimon, a great Jewish teacher, physician, and philosopher, lived in the house in the 12th century. He taught and treated people in Fez, and later moved to Egypt, where he died and was buried.