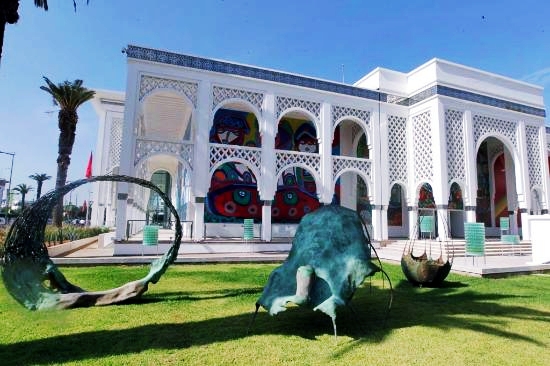 Rabat – The Mohammed VI Museum of Modern and Contemporary Art in Rabat has been nominated for the “Leading Culture Destination” award 2015, in the category of “Best Emerging Culture Destination of the Year in Africa”. The award ceremony is believed to be the Oscar equivalent for Museums awards.

The Mohamed VI Museum is nominated alongside the Museum of Photography and Visual Arts in Marrakesh (MMP+), Ouidah Museum of History in Benin, and Thread by Foundation Annie & Josef Albers in Sinthian, Senegal.

The LCD Awards celebrate the vibrancy and vitality of museums around the world. Today cultural destinations are not only for art experiences and education, but they have become social hubs for visitors to spend time, dine, shop, work, and sleep.

The members of the jury are international creative leaders, cultural enthusiasts and art lovers. They are united by their in-depth knowledge of the cultural sector and by their passion to explore cultural destinations around the globe.

The jury selected the LCD Awards shortlist according to five categories, including Exhibitions and Programming, Architecture and Spatial Design, Digital Experience, Eating and Drinking, and Shop.

The nomination for the “Leading Culture Destination” Awards 2015 promulgates Rabat as a first choice cultural destination.

The winners will be announced at the awards ceremony in London on October 9, 2015.