Miami - The Football Association chairman, Greg Dyke, released a statement saying that Chelsea’s manager José Mourinho lacked judgment and made a mistake for which he should have apologized to the club’s former medic, Eva Carneiro. 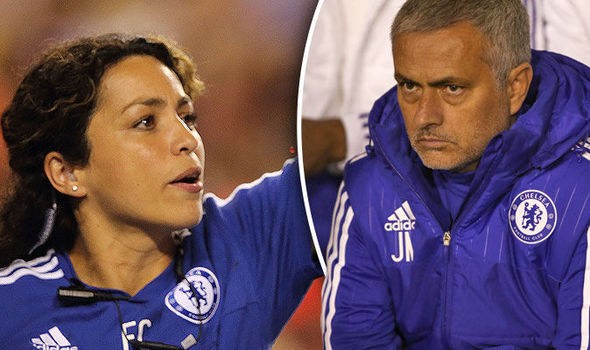 Miami – The Football Association chairman, Greg Dyke, released a statement saying that Chelsea’s manager José Mourinho lacked judgment and made a mistake for which he should have apologized to the club’s former medic, Eva Carneiro.

“Personally I don’t think Mr. Mourinho comes well out of the whole saga – he clearly made a mistake in the heat of a game, and should have said so and apologized,” read Dyke’s statement reported by Press Association Sport.

The Portuguese coach does not seem to leave the spotlight this season and his public fallout with Carneiro almost cost him a five-match ban and charges of using discriminatory ‘sexist’ language.

Although the Football Association announced on Wednesday they dropped the charges and Mourinho will not face any action for having allegedly insulted the female doctor, the FA’s chairman thinks Mouronho acted poorly.

“Our regulatory team have investigated this and while Mr. Mourinho has breached no rules it was clearly a failure of his personal judgement and public behavior. This should be seen as such by the game,” stressed Dyke.

Meanwhile, the ‘blues’ boss seems reluctant to talk about the Carneiro issue and recently said from the Chelsea training center that for the time being, “I read and I listen and I watch – and I’m quiet”.

The FA chairman might be far from witnessing any apology from Mourinho to his former club’s doctor. “For the past two months I didn’t open my mouth and I’m going to keep like this,” emphasized the tight-lipped Portuguese manager.

Mourinho has been under fire for allegedly calling Eva Carneiro “filha de puta” (daughter of a whore) after the medic rushed on the pitch to treat injured Eden Hazard. An action that ‘The Special One’ considered out of place at a crucial point in the match.