Taroudante - Only one Moroccan university was ranked among the top 800 universities in the world, according to the 2015 World University Rankings, released by Higher Education Times in London on Wednesday.

Taroudante – Only one Moroccan university was ranked among the top 800 universities in the world, according to the 2015 World University Rankings, released by Higher Education Times in London on Wednesday.

The report said that Cadi Ayyad University in Marrakech was ranked somewhere between 601 and 800 in the world. Only the first 200 universities are given a specific rank; the others are only given a range.

Last year, Cadi Ayyad University ranked 301 in the same ranking, being the first Moroccan university to make it to the top 400 in the world.

To assess universities, the World University Ranking uses criteria such as the amount of published research and its influence in the academic world, the amount of the budget for research, and the number of international students enrolled in the Institution.

While Cadi Ayyad is the only North African university in the said ranking, the University of Cape Town, South Africa, is the highest ranked university in Africa, at 120.

The United States still dominates the World University Rankings, with 147 institutions featured in the list, including California Institute of Technology, the top ranking university for the fifth year in a row. 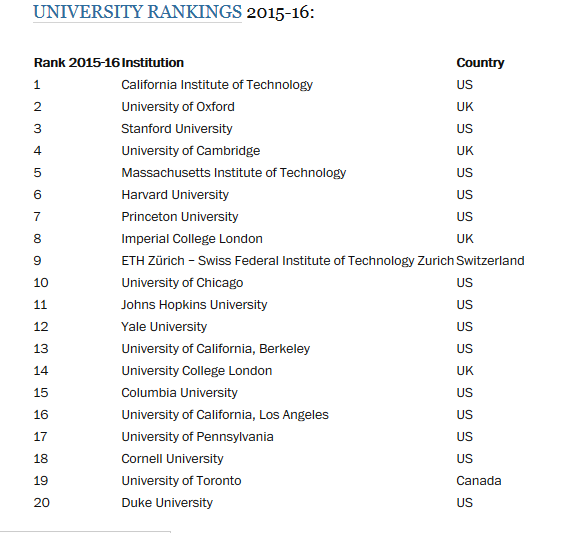