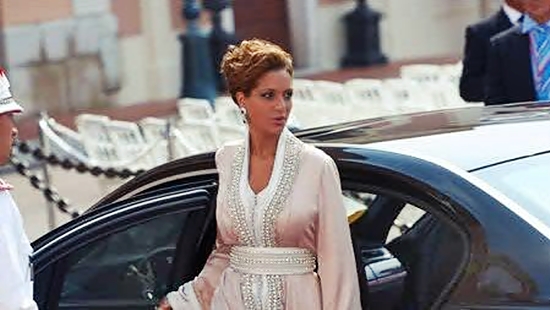 By
Karla Dieseldorff
-
Karla is an award-winning actress and producer.
Oct 3, 2015
Spread the love

The gender of the twins and their chosen names are yet to be revealed. The announcement will come this Sunday on the occasion of the babies’ baptism, which will be celebrated according to Muslim tradition, in an Aqiqah ceremony, on the seventh day of their birth.

King Mohammed VI flew to Paris on Monday to meet the twins and congratulate his niece, before returning to Morocco on Tuesday.

Lalla Soukaina completed her undergraduate studies at the “College Royal” in Rabat, before moving to Paris in 2004 to pursue a Master’s Degree in Journalism and Communications. That year, she was selected along with her mother, Prince Lalla Meryem, as the ‘top successful Arab women’ representing the beauty, elegance and intelligence of Moroccan women.

She married Mehdi Regragui on October 11, 2014 followed by a traditional Moroccan wedding celebrated on May 28, 2014 in Rabat.