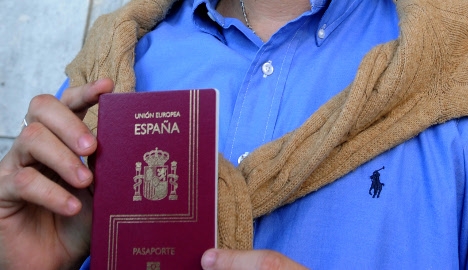 Marrakech – At the request of the Spanish Justice Minister Rafael Catala, the Council of Ministers approved a Royal Decree on Friday granting Spanish citizenship to 4,302 Sephardic Jews.

Moroccan Jews are among the main beneficiaries of this historic decision.

Sephardic Jews are descendants of the Jews who lived on the Iberian Peninsula under Muslim rule until the end of the 15th century.

Expelled in 1492, Most of the Sephardic Jews granted citizenship are Venezuelans, Turks, and Moroccans, according to the Federation of Jewish Communities in Spain.

The new citizens will not be subjected to the typical rules of administrative procedure, which stipulate that the Government can grant citizenship through a Royal Decree after evaluating the concurrence of exceptional circumstances, as dictated by the Civil Code.

Catala explained, “This measure is another piece of the development of 12/2015 Law of Granting Citizenship to Sephardic Jews, which came into force on Thursday and sets a ‘special’ procedure to grant these people Spanish citizenship.”

The Minister pointed out that 4,302 applications for citizenship were “in various stages of processing” in the Ministry of Justice when the law came into force. It “seemed reasonable not to subject them again at the beginning of the process but speed their procedures,” he added.

As a result, the Ministry chose to approve the cases once the existence of “historical ties with Spain” is confirmed and the new citizens have no criminal record “and no problem in that regard.”