Taroudant - The Renault factory in Tangier, which produces Dacia vehicles, aims to produce 250,000 vehicles this year, an increase of 43 percent compared to 2014. 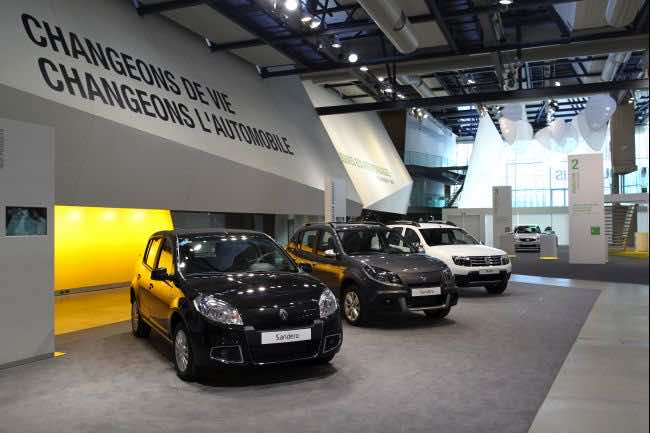 By
Larbi Arbaoui
-
Larbi is a freelance writer and assistant editor at Morocco World News.
Oct 4, 2015
Spread the love

Taroudant – The Renault factory in Tangier, which produces Dacia vehicles, aims to produce 250,000 vehicles this year, an increase of 43 percent compared to 2014.

Renault has increased the number of vehicles produced every year since 2012. 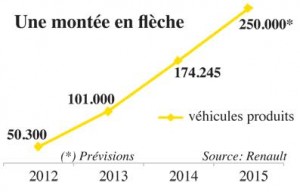 According to L’Economist in its October 2nd issue, the estimations point to a production of 250,000 units, a record growth of 43 percent over the previous year, according to Jacques Prost, CEO of Renault Morocco Group.

In 2014, the Tangier plant, the spearhead of Renault industrial system in Morocco, had manufactured more than 174,000 vehicles, a significant growth compared to 2013.

To cope with this increase, the Tangier plant recruited a thousand workers in early September who will support the second line of the plant. The plant will now divide work in 3 shifts a day, “at least until the end of the year,” Prost said.

According to Prost, the installation of a night shift in Tangier will exclusively be dedicated to the assembly of Sandero Dacia brand which created a “boom” mainly in Europe.

After the government decided to launch a renewal program for grand taxis in June of 2014 as part of measures aimed at the development of taxi transport services, Dacia, the first brand to have joined this effort, had already sold 113 Lodgy Taxis as of February 24, 2015. Now, 60 percent of the sales of the company are of the Lodgy Dacia model, purchased by taxi drivers.