Madrid - Spanish interior minister, Jorge Fernandez Diaz, lauded, on Sunday, the "unprecedented" level of cooperation between Morocco and Spain in the security field. 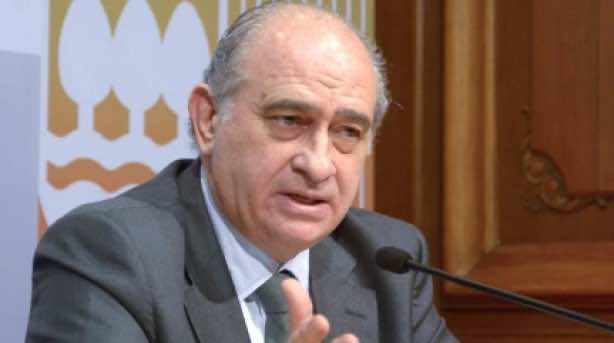 Madrid – Spanish interior minister, Jorge Fernandez Diaz, lauded, on Sunday, the “unprecedented” level of cooperation between Morocco and Spain in the security field.

The statement comes following the dismantling of a terrorist network operating in both countries and involved in recruiting and dispatching fighters for ISIS terrorist organization.

The level of cooperation is unprecedented between the two countries, Diaz told the press in Malaga (south of Spain), following the announcement of the smashing by the Central Bureau for Judiciary Investigations (BCIJ) of a terrorist network composed of 6 members operating in Casablanca, and the parallel arrest of 4 accomplices living in Spain, in the cities of Toledo, Valencia and Barcelona’s suburbs.

This police operation reflects the extraordinary level of relations with Morocco, a country with which Spain not only share intelligence and information, but also synchronize police operations as today’s.

Morocco’s security and stability are strategic for Spain, said the Spanish official.

Jorge Fernandez Diaz recalled that Spain still has a 4-level anti-terrorist alert, noting that a total of 156 people were arrested in the different counter jihadist terrorism operations. “We work actively and closely with our partners, friends and allies,” he added.