Morocco World News
Home Highlights on Morocco There Are no Parallels Between Palestine and Western Sahara: Swedish FM 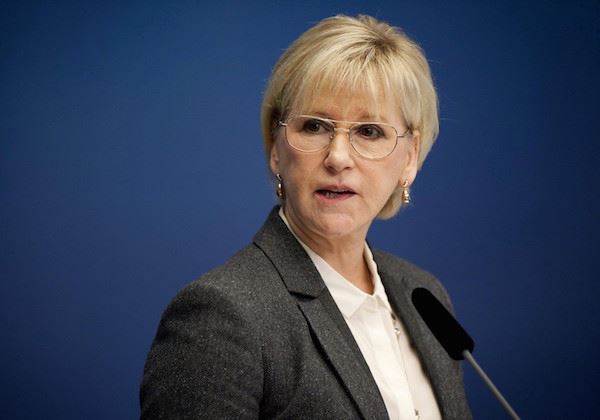 “Along with a number of other countries, Sweden voted in favour of a UN decision on a two-state solution to the Palestinian issue in 1948,” it added.

The statement stressed once again that the Swedish government does not intend for time being to recognise the self-proclaimed SADR, and that it is currently reviewing its entire policy regarding the Western Sahara conflict.

“The Swedish Minister for Foreign Affairs Margot Wallström states that the issue of Sweden’s entire policy on Western Sahara is the subject of an internal review. The Government does not want to pre-empt this examination. Therefore, the issue of recognition is currently not on the table,” it added.

The Statement concluded that the Swedish government welcomed the efforts made by the United Nations to reach a mutually acceptable political solution to the conflict, and expressed its support for the work done by Ban Ki-moon’s Personal Envoy, Christopher Ross.

“It is good that the United Nations is now making renewed efforts to find a just, lasting and mutually acceptable political solution to the conflict in Western Sahara. We support the work of the UN Secretary-General’s Personal Envoy for Western Sahara, Christopher Ross,” it concluded.

Moroccan-Swedish relations are going through their darkest chapter for the past 6 decades, following reports that the Swedish government intends to recognize the so-called SADR.

This alleged move prompted the Moroccan government to hint that it would take retaliatory measures against its Swedish counterpart.

On Thursday, Mustapha El Khalfi, Minister of Communication and government spokesperson, announced that Morocco decided to boycott all Swedish companies and products.

Speaking to the press following the government weekly meeting, El Khalfi, said that “Sweden has declared an economic war in Morocco in calling for a boycott of Moroccan companies as well as foreign companies that have relations with Morocco.”

The Minister accused the Swedish government of providing “financial support” to organizations that are hostile to Morocco.

Morocco will not tolerate its “stability, territorial unity and its commercial interests be threatened,” the Minister added.

The position of the Swedish government created an unprecedented mobilization in Morocco, promoting all components of the country’s public opinion and civil society to reject Sweden’s interference in the UN political process.

On Sunday, over 40,000 people gathered in front of the Swedish embassy in Rabat to denounce the country’s position over the so-called Western Sahara issue and reaffirm their determination to defend Morocco’s territorial integrity.