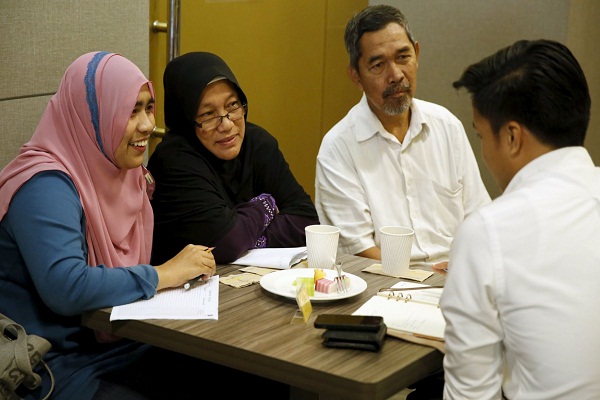 By
Larbi Arbaoui
-
Larbi is a freelance writer and assistant editor at Morocco World News.
Oct 6, 2015
Spread the love

Since Islam prohibits “Khalwa,” meeting with a member of the opposite sex other than a spouse or close relative in a private place, the organizers came up with a creative way to allow youth to meet in lawful meetings.

According to Reuters, the dating service was arranged in conformity with Islam requirements. “Women speed daters must be chaperoned by a wali, or guardian, until she gets married and who grants her the permission to do so,” Reuters reported.

Speed daters can shortlist up to three people, however marriage can only be negotiated with one possible partner at a time in the presence of the girl’s wali (responsible).

The organizers said that unlike online meetings, and dating apps, Halal Dating Service proved its success and people are getting more interested in the service.

The founders said that about 2,300 people have signed up to attend the coming session, most of them urban professionals between the ages of 25 to 35.

Unlike other Muslim countries where young people enjoy more freedom, public displays of affection and intimacy before marriage are strictly forbidden in Malaysia. Malaysian Muslims may face fines and jail terms if caught in unlawful meeting.