Rabat - A young Moroccan boy was found under a bus as it crossed into the city of Tarifa, southern Spain, Spanish media reported. 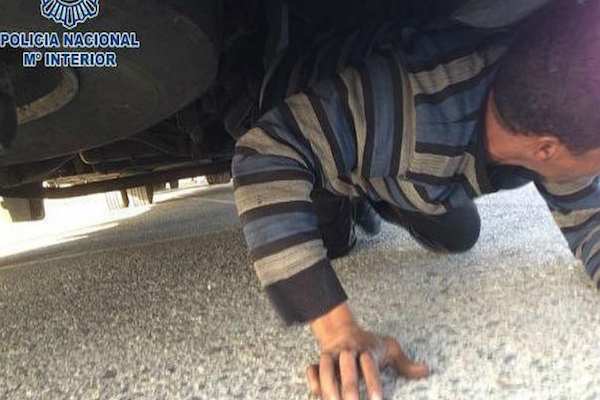 Rabat – A young Moroccan boy was found under a bus as it crossed into the city of Tarifa, southern Spain, Spanish media reported.

The Moroccan boy was found by Spanish border police at the port of Tarifa on Tuesday, while squeezed into a false compartment under the bus.

A press release by the Civil Guard said that the young boy was found in “very bad physical condition.” He was immediately transferred to the Red Cross for necessary medical attention.

This is not the first time in which an immigrant has attempted the perilous journey to Spain. Last month, a migrant from Guinea was found under the hood of a BMW as it crossed into the city of Ceuta.

In a similar incident last month, a Moroccan man died while trying to smuggle himself into Spain in the trunk of a car. The 27-year-old man was stowed inside a suitcase on a five-hour ferry crossing from Melilla to the Spanish city of Almeria.

In May, an eight-year-old boy from Ivory Coast was found hidden inside a Moroccan woman’s suitcase as she tried to smuggle him into Spain. Customs officials spotted the child when the luggage passed through an X-ray machine.