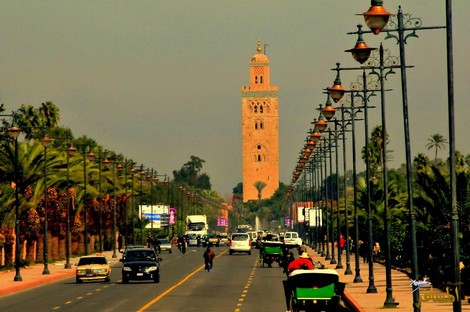 Rabat – Marrakech has been nominated for the prestigious 22nd annual “World Travel Awards” in the “World’s Leading Destination 2015” category.

The World Travel Awards aims to acknowledge reward, and celebrate excellence across all sectors of the travel and tourism industry. The winner of the awards is chosen by a jury of travelers, journalists, and tourism professionals.

Founded in 1993, WTA is recognized worldwide and is considered as the ultimate distinction in terms of quality hospitality. According to experts, the “World Travel Awards” are the “Oscars of the tourism industry”.

According to the Media24 news website, Morocco’s National Office of Tourism in London stated that “this nomination is a recognition of the prominent place of Marrakech, which has become a chessboard of global destinations”. This comment recognizes the place of Marrakech amongst the most famous global destinations in the world including New York, London, Dubai, Las Vegas, Rio De Janeiro, and Sydney.

The Office calls on all Moroccans to vote for Marrakech to win the “World’s Leading Destination 2015” Award. Voting is open from Monday, October 5 until November 8, 2015 on www.worldtravelawards.com.

The Grand Final Gala Ceremony will be hosted at Mazagan Beach & Golf Resort in El Jadida, Morocco on December 12, 2015.