Rabat - On Tuesday, dozens of activists gathered outside the Moroccan parliament, denouncing the “incompetence” of the Saudi government in managing the pilgrimage (Haj). 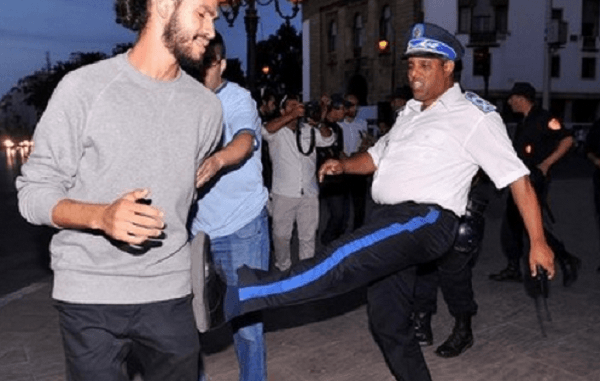 By
Aziz Allilou
-
Aziz Allilou is a student at the Higher Institute of Media and Communications (ISIC) and Morocco World News correspondent in Rabat.
Oct 7, 2015
Spread the love

Rabat – On Tuesday, dozens of activists gathered outside the Moroccan parliament, denouncing the “incompetence” of the Saudi government in managing the pilgrimage (Haj).

The sit-in, which started peacefully, turned sour when one of the protesters tried to display a banner.

A video footage shot by the correspondent of Hespress in Rabat shows three police officers aggressively seizing the banner and insulting the protester as he attempted to display it.

In the footage, riot police is also seen shoving and kicking protesters to make them quit the square outside the parliament, located in Avenue Mohammed V. The protesters, on the other hand, showed no resistance against police.

“Our brothers and sisters died in Mina because of Saudi Arabia’s bad organization [of the Hajj],” shouted a female protester as she was being forced to quit the square.

Amina Terrass, one of the organizers of the sit-in told Telquel that riot police turned out to be more violent as journalists left the scene.

“The police started beating us with unprecedented violence. They threw me to the ground and kicked me,” she said.

This incident follows reports that families of the Moroccan pilgrims who were killed in Mina tragedy intend to sue Saudi Arabia.

On Monday, Moroccan daily Almassae reported that dozens of Moroccan families consulted well-known lawyers at a French office to file a lawsuit against the Saudi state before international courts. 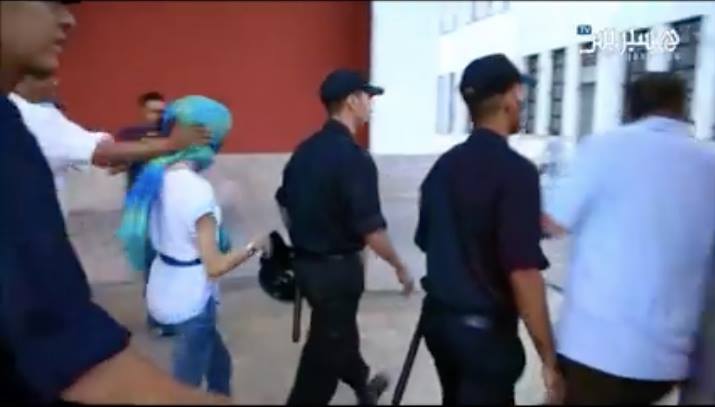