New York - A new phase of a first-class industry development project by MedZ will open at the Jorf Lasfar Industrial Park near Casablanca, according to Medias24. 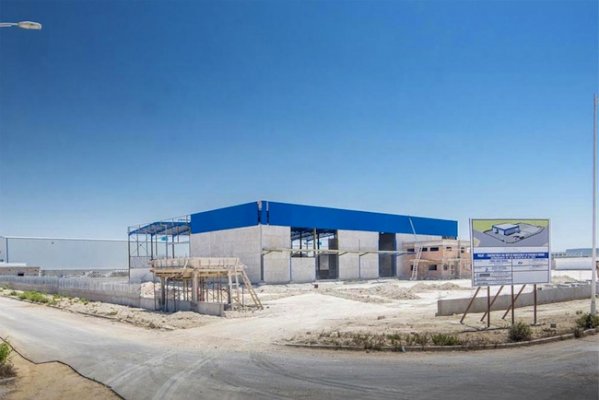 By
Karla Dieseldorff
-
Karla is an award-winning actress and producer.
Oct 7, 2015
Spread the love

New York – A new phase of a first-class industry development project by MedZ will open at the Jorf Lasfar Industrial Park near Casablanca, according to Medias24.

MedZ, a subsidiary of the state-owned financial institution Deposit and Management Fund (Caisse de Depot de Gestion), which specializes in the development of business parks, announced on Wednesday, October 7, the launch of the second phase of the Jorf Lasfar Industrial Park.

In a statement by MedZ reported by MAP, the new project will be 500 hectares and will be located 5 minutes away from Jorf Lasfar Port, which is only 1.5 hours from the city of Casablanca.

The rapid growth of the chemical and para-chemical industry was the propelling force for the construction of the second phase of the industrial park.

The park’s second phase will double its current size. In 2010, MedZ launched ‘El Dorado’, the first phase of Jorf Lasfar Park, with a size of 250 hectares.

It was designed for first-class industries consisting of “large land lots, areas for SMEs, a High-Tech zone, logistics and tertiary sectors, as well as public facilities.”

The industrial park was developed for a range of services and occupancies among the different industries. Businesses can purchase or rent serviced land lots varying in size from 5,000 square meters to 20 hectares.

The development also includes a Model of Delegated Project (MOD) for the construction of industrial buildings, open office space, as well as commercial zoned-land.

MedZ’s second phase at Jorf Lasfar will provide growth potential to heavy industries and those in the first-class category.

The new extension proposed by the CDG is aligned with the Moroccan government’s plan for higher turnovers in the chemical and para-chemical industries, expected to reach MAD 100 billion by 2023.